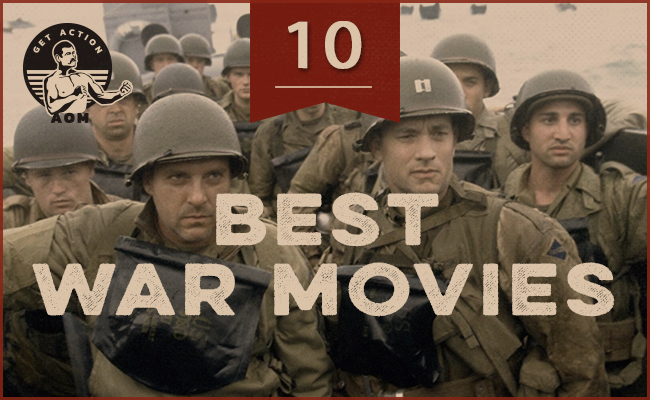 The ancient Greek philosopher Heraclitus once opined, “War is the father of us all.”

It’s certainly the father of so many of humanity’s most indelible legends, tales, and stories. In ancient times, Greeks memorized and recited the Iliad, while Hindus did likewise with the Bhagavad Gita. With the rise of books, young men read legends of gallant knights and warriors, and recountings of the great battles of history. In the early 20th century, war stories shifted to film and have become a go-to cinematic theme ever since.

The enduring pervasiveness of war-themed narratives is no surprise. War has everything you need for a compelling story: action, high stakes, conflict, suspense, uncertainty, and tension. There’s good and evil; heroism and villainy; moral triumphs and ethical failures. The chaotic nature of war allows a storyteller to explore human nature in profound and nuanced ways. War tests people, bringing out the best and worst in them. It’s ennobling and debasing; romantic and banal; meaningful and hollow. War is the most human of activities.

For the last century, filmmakers have made hundreds and hundreds of war-themed movies, with each capturing the above qualities more or less deftly, with greater or lesser artistic ability.

One can easily compile a list of 50+ great war movies, entries that are worthy of viewing and decently good. But most people aren’t going to watch dozens and dozens of such flicks. So what war movies really constitute the best of the best? Below, we’ve distilled down the candidates to what is the true, must-watch cream of the crop.

Such lists are, of course, always subject to vigorous debate, but, if you don’t like ours, you can blow it out your barracks bag, fill out a T.S. slip, and send it to your mom.

Before we get into the list, let’s take a moment for definitions.

Here are three criteria we used for classifying a movie as a “war movie” for the purposes of this list:

A story primarily connected to battle in some way. For a war movie to be a war movie, its plot needed to be centrally connected to the military man’s experience on the battlefield. There are movies that have war as a backdrop (Casablanca, From Here to Eternity, Schindler’s List), and movies about soldiers returning home from war (The Best Years of Our Lives, The Deer Hunter, Coming Home), and while these settings and themes are worthy of exploration, since they’re not directly about the “fight” of war, they weren’t considered for this list.

Fictionalized accounts of real events. There are stories of completely imaginary wars (Starship Troopers), and straight-up documentaries of actual events (Restrepo, They Shall Not Grow Old), but movies included in this list are solely of the fictionalized-versions-of-things-that-did-historically-happen variety.

Single movie. Who doesn’t love the Band of Brothers miniseries? But for this list, only feature-length movies were included.

So to be classified as a “war movie” for consideration for inclusion, a film had to be based in/around combat zones, a fictionalized history, and a single film.

The 10 Best War Movies of All-Time 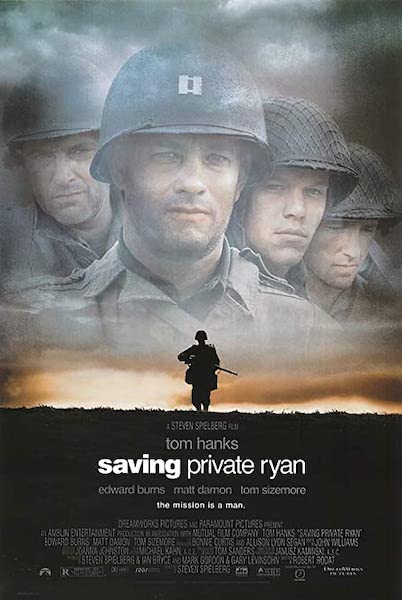 From the jump, Saving Private Ryan immerses the viewer in the tension and horrors of the Allied invasion of Europe. Tom Hanks plays an Army captain who leads a small squad that is tasked with finding and sending home a soldier who’s lost all three of his brothers in the war. While the movie’s battle scenes are compelling, the story, and the underlying question it poses, is even more so: Why risk the lives of several men just to save one?

The end scene will leave you crying like a baby, with a newfound respect for the brave men who sacrificed everything for our freedoms. 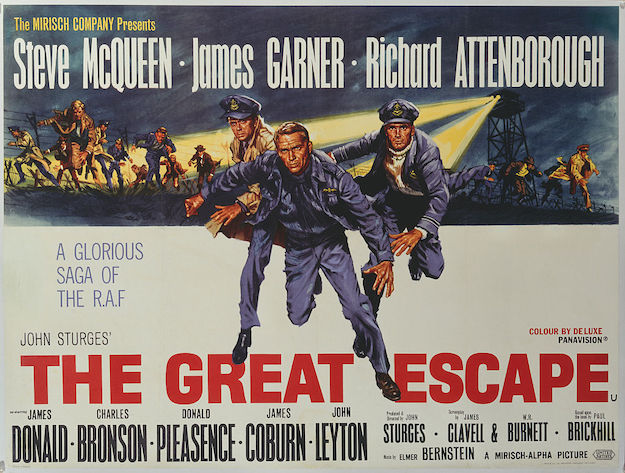 Based on actual events, The Great Escape follows a group of American and British POWs trying to bust their way out of an un-bust-outable Nazi prison.

While this movie might seem to violate the criteria that entries on this list center on the battlefield experience, prisoners of war actually considered their camps to be extensions of the frontlines; they were expected to do all they could to escape, if not to successfully make it home, then to at least harry the enemy, diverting and depleting his resources.

We’ve previously done a deep dive into why men love The Great Escape. Yeah, there’s action, including Steve McQueen jumping a fence on a motorcycle, but the themes of fighting subjection, ingeniously improvising when the chips are down, and making a fierce commitment to camaraderie are what make this film so damn appealing and rewatchable. 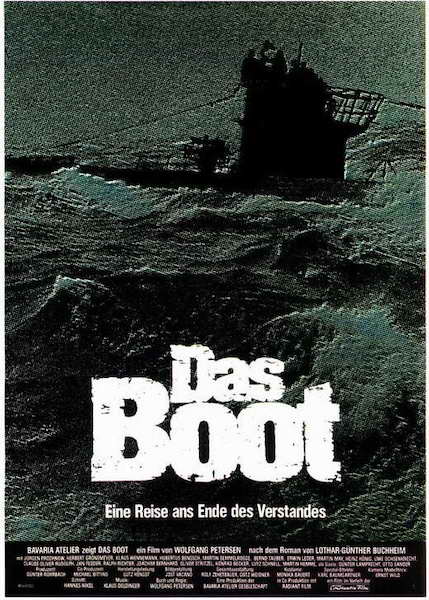 As an American, you grow up learning that there was nothing more sinister and craven than a German U-boat. They torpedoed civilian cruise liners and merchant ships, for crying out loud!

But when you watch the German film Das Boot, you gain a kind of sympathy and respect for these vessels and the complicated and terrifying experience of those who served aboard them.

The movie follows a WWII U-boat crew sent on what amounts to a suicide mission. You get to experience the tension and anxiety of what it’s like to be crammed in a small metal tube hundreds of feet underwater while depth charges rattle you. It’s claustrophobic and nerve-wracking.

What’s most engaging about Das Boot is the example of leadership displayed by the captain of the submarine. Cynical about the war and openly anti-Nazi, his only goal is to make sure his men make it home safely. No matter how dicey things get on the ship, the captain remains cool, calm, and collected.

There are versions of the film with English subtitles or dubbed over English; watch the former. 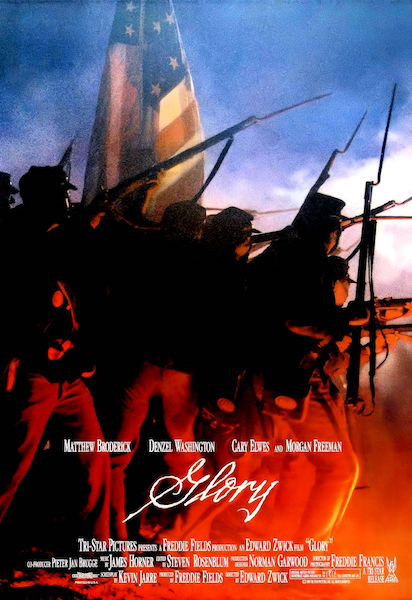 For a historic event over which so much ink has been spilt, there have been surprisingly few movies made about the Civil War. There have been plenty that take place during the war (Gone With the Wind, Lincoln, Gangs of New York, The Good, the Bad and the Ugly) but not a lot about the soldier’s experience on the battlefield.

The 54th Massachusetts Infantry Regiment became one of the first units in the Union Army to be made up of African-American volunteers. In the face of a Southern proclamation declaring that any black man caught fighting for the feds would be hanged, and any white officer leading those men would also be executed, the group fights to overcome prejudice and prove themselves to their own Union comrades as well as the enemy Confederates. Led by Col. Robert Gould Shaw, the regiment makes a valiant but unsuccessful attempt to take Ft. Wagner — losing half their men to casualties but gaining respect and admiration for their bravery.

The movie’s got an all-star cast (Denzel Washington, Morgan Freeman, Cary Elwes, Matthew Broderick) and one of the best final battle scenes in the history of cinema. 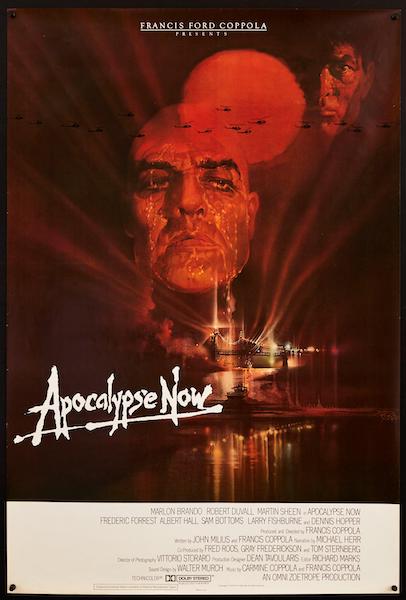 There are a ton of movies about Vietnam. It makes sense. It’s a controversial war that loomed large in the lives of many of cinema’s great directors as they came of age. Most of the best-known Vietnam movies were made in the 1970s and 1980s when said directors and the rest of their generation were trying to figure out what the war in Vietnam meant to them personally and to the country.

Of this bumper crop, Francis Ford Coppola’s Apocalypse Now is the surprising stand-out.

Surprising, because Apocalypse Now is a pretty weird and trippy movie. It’s not based on any historical battles. Instead, Coppola took Joseph Conrad’s 1899 novel, Heart of Darkness, and set it in Vietnam. It’s an epic screed against the futility and absurdity of war.

The film follows U.S. Army Captain Benjamin Willard (Martin Sheen), who is given the assignment to assassinate a rogue American colonel named Walter Kurtz (Marlon Brando), who has created his own little cult community in the Vietnamese jungles and thinks he’s a god. Along the way, he meets a surfing-loving, Wagner-listening air cavalry lieutenant colonel (Robert Duvall), and a tripped-out American photojournalist-turned-Kurtz-disciple (Dennis Hopper). Yeah, it’s a weird movie to be sure, but an interesting and enjoyable one. 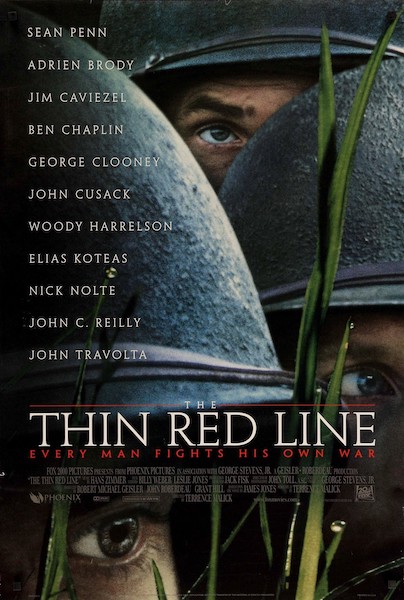 Based on the novel by James Jones (who also wrote From Here to Eternity), The Thin Red Line follows a company of soldiers in a fictionalized account of the Battle of Mount Austen at Guadalcanal.

While there are plenty of WWII movies about land battles in the European theater, there are far fewer about battles in the Pacific. The Thin Red Line shows, in unflinching detail, the brutality and difficulties of island warfare. It’s epic in scale.

The action scenes are interspersed with the main characters trying to figure out what the war means to them. For some, it’s futile and meaningless; for others, a chance to showcase bravery and honor. After watching the film, you’re not left with a clear message about war, only that it’s a messy, incredibly human affair. 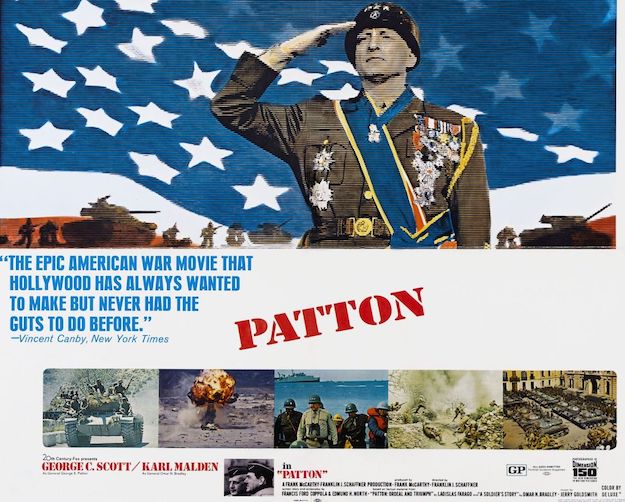 General George S. Patton was an incredibly colorful individual whose actual life was already cinematic in scope. Naturally then, it translated quite well to the screen in the form of Francis Ford Coppola’s epic biopic Patton.

“Epic” is no overstatement: Everything is big in this picture. The giant American flag at the beginning of the film. The battlefields. Even the palaces which Patton commandeers for command posts. This was definitely a film designed to be seen on the big screen and not a smartphone.

George C. Scott brilliantly plays the larger-than-life Patton. He steals the show in one of movie history’s greatest performances. 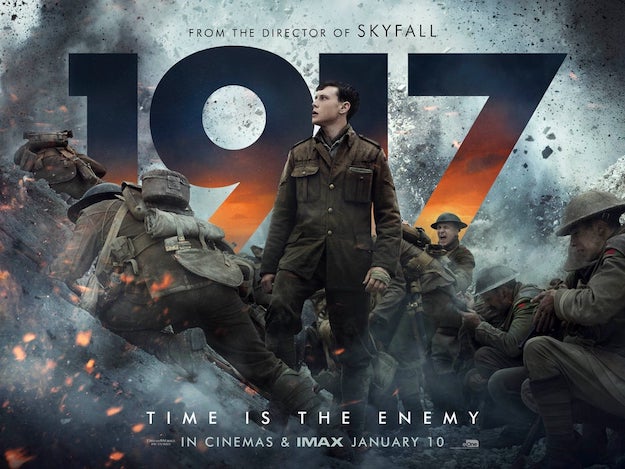 If you’re going to include a World War I movie in a best war movies list, you’re supposed to make that movie 1930’s All Quiet on the Western Front. And that is a great, enjoyable, worthy film — one that set the standard for all the war movies that came after it.

The film follows two British soldiers charged with completing a perilous mission: delivering a message to call off a doomed offensive attack. 1917 does a great job capturing the carnage and environmental destruction of WWI trench warfare, while at the same time, showing that even the most horrific landscapes are still punctuated by stirring beauty.

The movie’s greatest virtue lies in Sam Mendes’ decision to film it with long takes, so that it looks like the whole thing was done in just two continuous shots. What might have come off as a cheap gimmick, actually works marvelously well, immersing you in the action and making you feel like you’re right there in the trenches getting shelled and shot at. 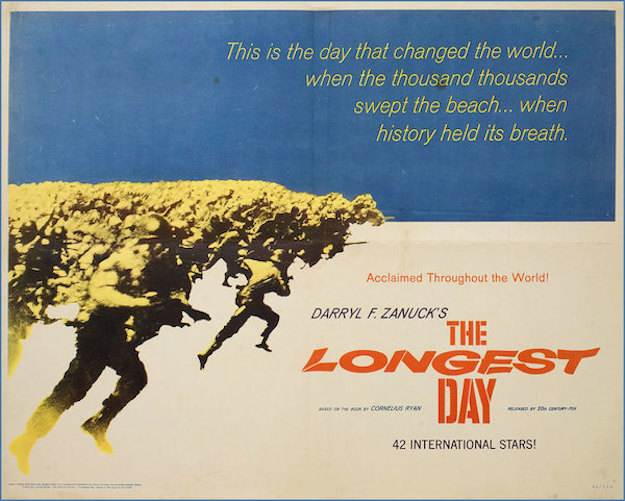 The Longest Day provides a documentary-like rundown of the Allied invasion of Normandy. It takes you from the days leading up to the invasion and through pretty much every single part of the actual operation. You’ll see Eisenhower debate whether to greenlight the mission, British soldiers flying into France in wooden gliders, and American GIs storming the beaches at Normandy. It’s a sweeping movie that does a pretty bang-up job of capturing a truly epic moment in human history.

And it’s got an all-star cast of silver-screen legends, including John Wayne, Henry Fonda, Robert Mitchum, and Robert Wagner.

The Bridge on the River Kwai 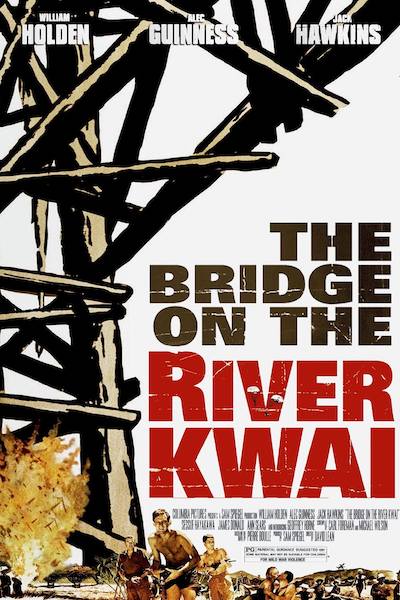 During WWII, a group of British prisoners of war is ordered by the Japanese to build a bridge for the Siam-Burma Railway. Instead of sabotaging the bridge (like you’re expected to as a POW), the men, under the command of Colonel Nicholson, build the best damn bridge they can — something to last for ages. The bridge becomes a metaphor for the futility and insanity of war, egotistical pride, a belief in saving “face,” and stubborn, strict obedience to class, military codes, and rules.

With a unique and engaging story (and of course one of cinema’s most memorable theme songs), this may very well be the best war movie ever made.

The post The 10 Best War Movies of All-Time appeared first on The Art of Manliness.