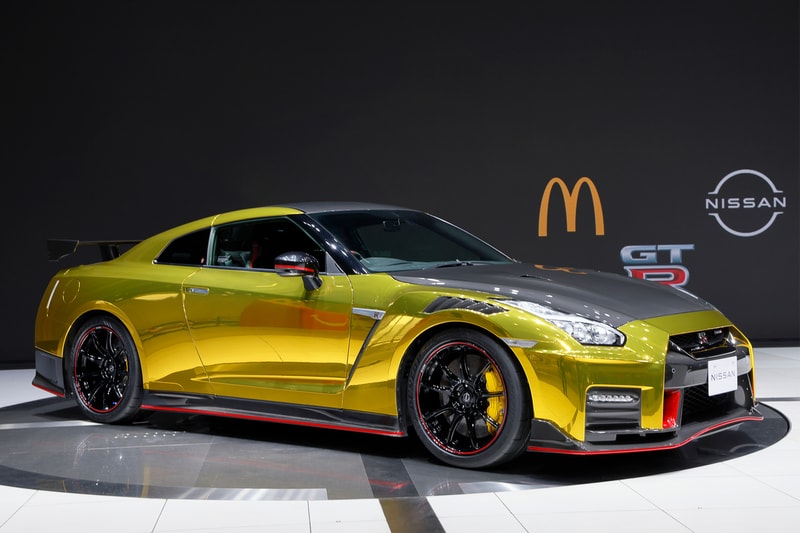 On top of unveiling its 2022 “Stealth Gray” GT-R NISMO, Nissan continues its GT-R celebrations with a very exciting collaboration with McDonald’s Japan and Tomica.

Announced at Nissan’s headquarters in Yokohama, the car manufacturer revealed that it would be taking part in McDonald’s Japan’s Tomica Happy Set (Japan‘s Happy Meal) where, not only will the 2022 GT-R NISMO be offered up in die-cast toy form, but a special “Golden Arches” version will be available as well. The golden Tomica was unveiled alongside a life-sized version where the gold-wrapped supercar drove out from a massive Happy Set box.

On top of these two GT-Rs, the Happy Set Tomica promo will also feature die-cast versions of the Toyota 86, Suzuki Jimny, and Mitsubishi Delica. These will begin rolling out at McDonald’s Japan starting from April 30 until May 13.