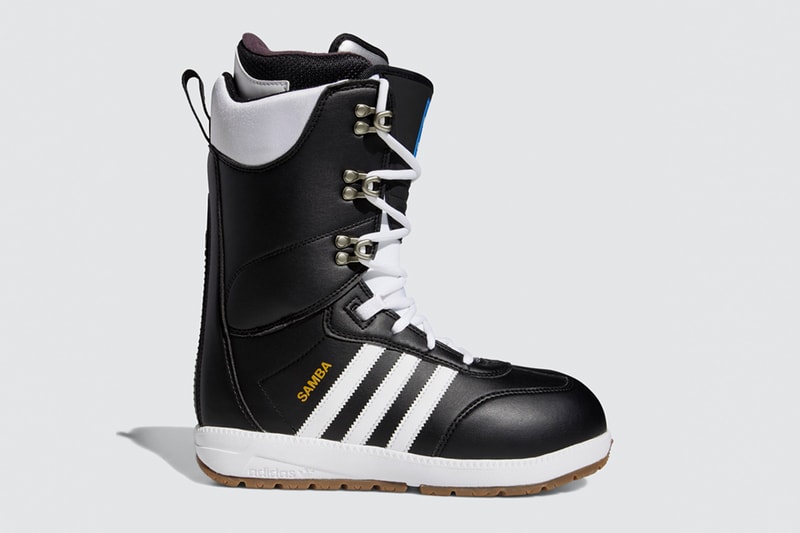 If you haven’t had quite enough of hybrid sneakers — and were looking for a just slightly more ambitious take — look no further than the adidas Samba ADV Boots, which transform the classic Samba into a snowboarding Franken-boot.

The medium flex boots are, at the very least, eye-catching, but also promise to deliver functionality. The Continental™ Rubber outsole gives traction on the slipperiest of slopes, and the molded foam liner is fuzzy enough to ward off frostbite without sacrificing mobility.

The boot maintains the adidas Samba’s classic colorway, but given the history of the shoe, the après-ski twist actually isn’t too far afield. The adidas Samba was originally designed for icy European winters as a training shoe customized for frozen ground.

In other adidas news, the adidas YEEZY QNTM “Teal Blue” is set to release in full family sizes.