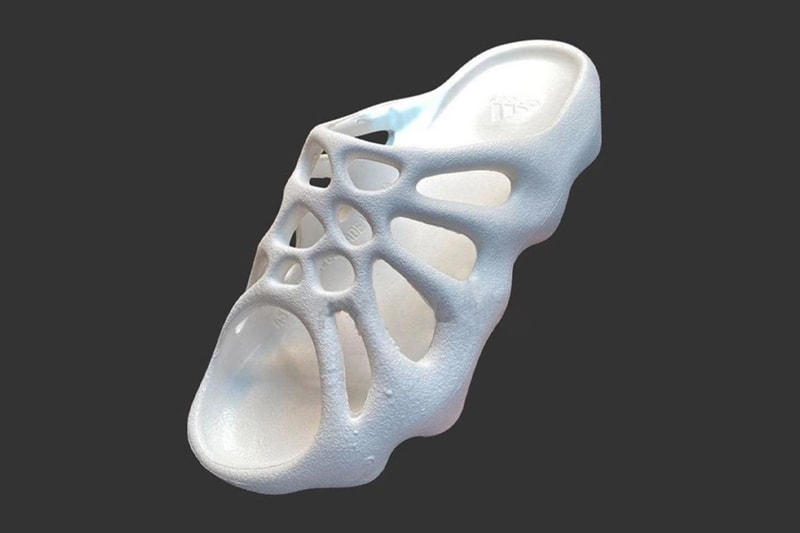 Shortly after introducing the YEEZY SLIDE, adidas and YEEZY are now set to offer another casual slide option.

According to reports, the adidas YEEZY 450 Slide is now set to release near the end of the year. Building off Kanye West‘s design aesthetic, the foam-based slide will debut in a clean white “Ophani” colorway. The upper portion of the slide features a web-like construction attached to the contoured footed for a one-piece design. Elevating the slip-on are five rounded ridges and wavy grip pattern that serve as the sole unit.

**LEAK ALERT*: The Yeezy 450 Slide will be dropping on December 27th & is set to retail at $65.
Are these better than his original slides?
Please RT & Follow for more info on future drops.#NoMoreSecrets ? pic.twitter.com/zq7sr4ySi2