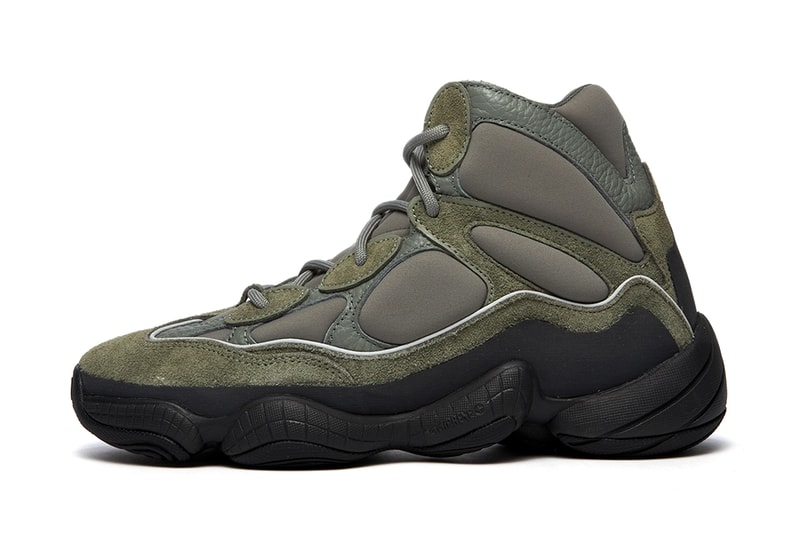 Kanye West and his eponymous YEEZY footwear family with adidas won’t be missing a beat in 2021 as they have a boatload of offerings to unleash. One being the YEEZY 500 High which has been bereft of any official launches since its “Tyrian” makeup that dropped back in May 2020, but now it has arrived in a fresh “Mist Slate” makeover.

Materials of this particular high-profile rendition are no different than to what we’ve seen from the silhouette in the past as the neoprene-like puff base layers are met with overlapping suedes. The former material is dressed to match that of the iteration’s moniker, while the latter is seen covered with a muted olive grey-ish skin. In addition to this, tumbled leather overlays cling onto areas such as the mid-foot and the heightened heel areas, all of which are submerged with a foggy grey outer.

Color-blocking only gets darker the more south you move down as the both the synthetic mudguards and adiPRENE-cushioned midsoles textured with grid patterns are fully dripped with a solid black finish.

These are available via select retailers like SVD right now for $220 USD and released alongside a “Shale Warm” colorway.

Elsewhere in footwear news, more YEEZY Slides are confirmed to be dropping later this year.