While there has always been a large market for female beauty products, in recent years it has become clear that male grooming is on the rise, with 73% of men now taking monthly trips to the barber or salon. These trips see men endure waxing, plucking, trimming, tanning, clipping and even injecting (don’t ask). And, whilst women are certainly becoming more daring with their approach to beauty regimes (lip fillers anyone?), men aren’t too far behind. There are a few men who have braved the shave, taking on frosted tips and full-fringe fades. One particularly sweet hairstyle (I don’t say that lightly) is what I like to call, the ‘Iced-Gem’. You know those mini biscuits with the swirly icing on top? 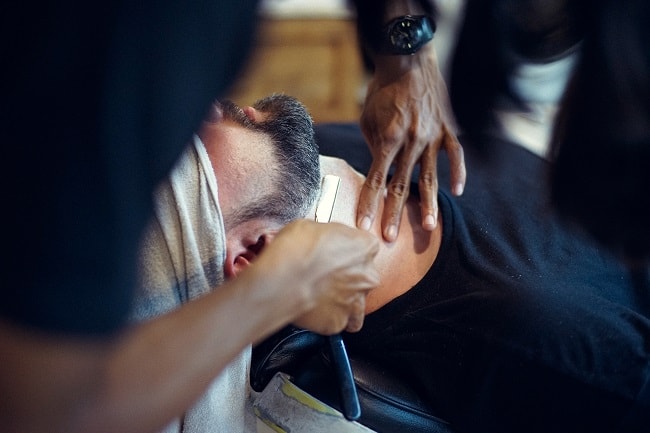 Well it appears to be a similar concept but, well, with hair. While it’s hard to imagine anyone pulling this style off (perhaps they should have done) men are getting more creative with their locks. Some opt for the more traditional hairstyles, channeling the 1950s Teddy Boy or one of the Peaky Blinders crew; while others prefer to take on a more daring approach, sporting shaved patterns, colourful dyes and even glitter (I guess it really is the man’s time to shine). But, no matter what your choice is, every man should own a few good quality grooming products. 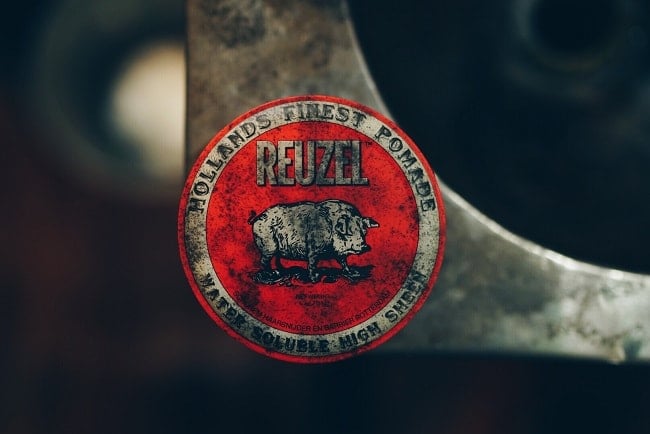 Your hair, your choice. It’s long been an acceptable medium of self-expression for men over the years; from counter-culture hippies defying the norm, to punks sticking 2 fingers up at… well everyone. Your hairstyle can define who you are and how you want to be seen. Thankfully there are hundreds of products on the market, from waxes to gels, sprays to clays, and perhaps one of the best-known hair-tamers, pomade. Historically, pomade was made with animal fat and flavoured with apples. Nowadays, luckily (or not depending on when you last ate) you don’t have to walk the streets marinating your hair. Schorem Haarsnijder En Barbier (don’t ask me to repeat that) have formulated what they believe to be the world’s finest in pomades – Reuzel – a water-based formula that will keep your do in tip-top shape. 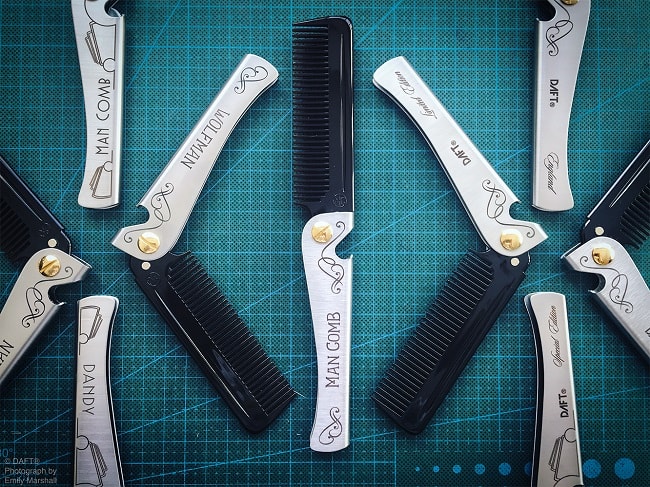 While waxed chests and smooth chins appear to be lacking, it seems the spotlight is still on the hairy man. Let me be clear, we are not talking about all-over body covering fuzz #prayforharambe, and if this is the case, it might be time to attempt the bush-trimmer trial. Whether your downstairs resembles the Wimbledon Club courts or something more Amazonian; one thing is for sure, people will notice the hair on your head. *cue the Man Comb. Design company DAFT’s (Design And Fresh Thinking) handy pocket comb will groom your hair and beard and its customisable versions mean you can style it as you would your hair. The flip comb comes in different colours with the option of a leather case (how fancy). Oh, and did I mention it opens your brewskis too, preach!

Although hairstyles hog the limelight for most men, it is important not to forget about the skin; after all it is your largest organ. There are tonnes of pricey moisturisers out there that claim to turn back the years, yet sadly it seems they are full of empty promises. However, Lait-Crème Concentré by Embryolisse is probably the closest you will get to a Benjamin Button effect. This moisturiser is packed with nutrients ‘to balance skin and promote cell renewal’ and it won’t burn a hole in your pocket priced around £13. One thing is for certain though, Millennial’s have set the bar high for, what was, the average man. They have put the man into manicures; transformed the eyebrow to the guybrow and have taken manscaping to a whole new level (look up boyzillian). While it’s easy to get lost in the expanding world of male grooming, these basics will be sure to put you on the right track. But hey, it shouldn’t always be doom and groom.