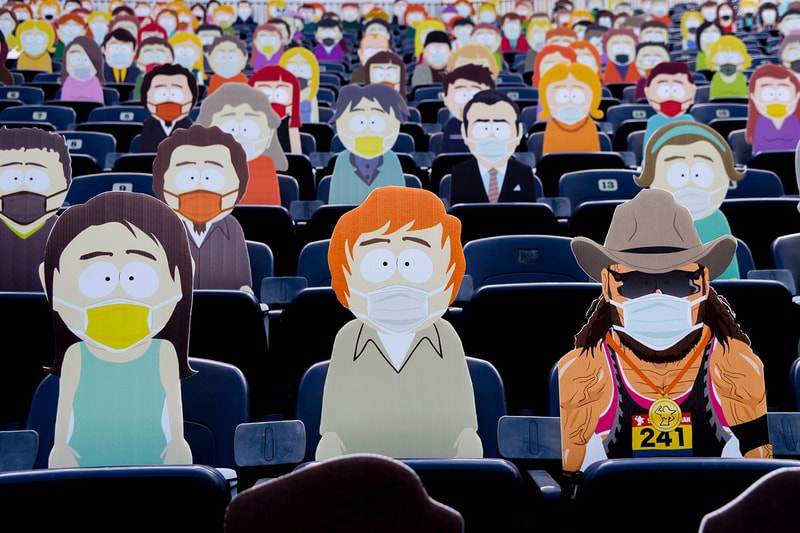 Those watching Sunday’s Denver Broncos vs. Tampa Bay Buccaneers NFL game may have noticed something different in the stadium stands. Taking its Coronavirus pandemic special serious, South Park filled the bleachers with over 1,800 cutouts of characters from the cartoon.

The gesture was very fitting as the cartoon takes place in a fictional town in Colorado, and co-creator Trey Parker is from the same state. The cutouts were used to enforce social distancing for the allowed 5,700 live attendees. A nice little detail on the cutouts was that each character is wearing a face mask to enforce the new procedure during the ongoing Coronavirus pandemic.

View the 1,800 South park cutouts in the tweets below.

In other sporting news, Conor Mcgregor claims he will be boxing against Manny Pacquiao in the Middle East.

In addition to the 5700 or so live socially distanced fans, the #Broncos will have the entire town of “South Park” in the stands today… pic.twitter.com/QN1cEKfQpa

Ok it’s a socially distanced photo, but Broncos have cutouts of over 1,800 characters from South Park in the south stands — #Colorado pic.twitter.com/GSXbNyonXh