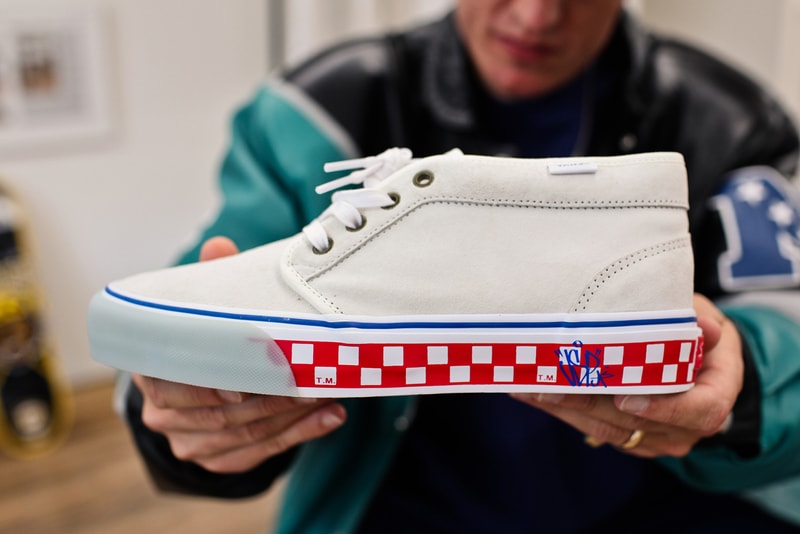 It’s hard to overstate the importance of Philadelphia’s Love Park, both to Pennsylvania native Jimmy Gorecki and the city’s skateboarding scene at large. Found at the corner of JFK Boulevard and 15th Street in downtown Philadelphia, Love Park was a veritable mecca of skateboarding from the ‘90s to the early ‘00s. Its plethora of ledges drew talent like Gorecki himself, Josh Kalis, Stevie Williams, Chris Cole and legions of others, all while serving as a community hub for the City Of Brotherly Love’s skaters and artists. However, Love Park’s zeitgeist-defining energy came to an end in 2002 when the city of Philadelphia “renovated” it, in part by removing many of its famed concrete ledges. This turned Love Park from a bastion of skateboard culture to a largely homogenized downtown spot, one filled with tourists and office drones gawking at its signature Robert Indiana LOVE sculpture.

How important was Love Park to the skateboarding community in Philly and around the world? So important that one skate company offered the city government a million dollars per year to leave it as it was. It was so important that 92-year-old Edmund Bacon — the architect who’d designed the park and the father of actor Kevin Bacon — strapped on a helmet and skateboarded across it in defiance of then-mayor John Street’s ban on skateboarding in the area.

“[Love Park] was this truly organic thing that brought so much energy to one square block. A lot of neighborhoods in Philly are ill and really tough places to come up from and navigate, so to have a special place that brought together skaters and artists was unique.”

Asked why Love Park was so impactful to him on a personal level, Gorecki doesn’t hesitate. “It was this truly organic thing that brought so much energy to one square block,” he says. “A lot of neighborhoods in Philly are ill and really tough places to come up from and navigate, so to have a special place that brought together skaters and artists was unique.” When I tell Gorecki that Love Park sounds like a cultural nexus, he says “That’s exactly it. You couldn’t have nailed it any closer on the head.” Encapsulating the energy of a place frozen in time and enshrined in memory like Love Park is no small challenge, but Gorecki’s JSP and Vault by Vans have done just that on their new Chukka 79 collaboration. From top to bottom, it’s a loving homage to one of the East Coast’s most influential skate spots ever, packed full of details sure to delight Philly skate purists and sneaker aficionados alike.

If a story, especially one of this magnitude, is to be told through a product, it’s got to be told with the proper attention to detail. Therefore, the two partners went to painstaking lengths to ensure that the shoes were indeed a “Love” story to Love Park: a place described as the city’s “cultural transfer center” by artist Ari Saal Forman in the JSP x Vans campaign video.

The shoe’s storytelling begins on its midsole, which juxtaposes a familiar Vans checkerboard pattern against handstyle graffiti tags from artist and Love Park veteran Joe Lees that state everything from “Love” and “Philly” to “215” and “JSP.” You may notice that the lion’s share of these adornments are on the medial side of the midsole. According to Gorecki, this is a direct homage to his days at Love. “When we were taking a break from skating, we’d be doodling on our shoes — particularly the inside of the sole because it’s easier to reach than the outside” he says. “That [also] takes me back to being a kid sitting in school, drawing on my shoes and thinking about going to skate at Love.”

Another question arises: why the Chukka? Vans collaborators often opt for styles like the Old Skool, Era or Sk8-Hi, the company’s most well-known silhouettes. Gorecki knows this, but even though he officially left the world of professional skating over a decade ago — after stints with Aesthetics, Zoo York and, most notably, Pharrell’s ICECREAM skate team — and now focuses his energy on building his JSP and Standard Issue Tees brands, his skate days are still at the very core of what he does. And to him, the Vans shoe that always resonated the most was the Chukka.

“Even as a kid, I distinctly recall seeing a lot of guys wearing Chukkas in Thrasher ads, which was the pinnacle of cool to me,” says Gorecki. “For me, it was either that or the Half Cab, which is arguably the most influential skateboarding shoe ever. Later on, I grew an even deeper appreciation for [the Chukka] when I started getting into Vans Syndicate stuff like the WTAPS pairs. Getting to send Tetsu [Nishiyama, WTAPS and FPAR founder] a pair and getting his stamp of approval was a full circle moment for me.” Special graphics and rich backstory aside, a skate shoe has to be skatable. And in particular, a pair that’s intended as an homage to a place as influential as Love Park has to be top-flight. Though the JSP Chukka is a Vault sneaker, it’s a result of cross-pollination between Vans’ Vault and skate departments — and will, in fact, be the first-ever Vault sneaker to be sold at skate shops.

“It was cool to see those points of differentiation between the Vault and skate teams,” says Gorecki. “We kept the upper as classic as possible with smooth and soft suede, but used the highest-quality UltraCush insoles we could, and added an icy blue outsole because I wanted to challenge myself to make an icy pair of Vans.” A poignant finish touch is provided by the shoebox, which is dedicated to Gorecki’s close childhood friend, seminal Philly skater and former Vans skate team member, JR Neves who passed away in 2009.

“Being able to work on this project with a bunch of other Philly guys and tell the story collectively is really, really dope.”

And as is fitting for a shoe that pays homage to a former Philadelphia landmark, the rollout for the JSP x Vans Vault Chukka collection will go down in the City of Brotherly Love: cream and black colorways alike are set to arrive at Lapstone and Hammer plus Nocturnal Skate Shop (Gorecki’s first-ever sponsor) on February 10. “Being able to work on this project with a bunch of other Philly guys and tell the story collectively is really, really dope,” says Gorecki.

Though its famed ledges have been gone for more than 20 years now, the legacy of Love Park will not be bulldozed, and with the JSP x Vans Vault Chukka plus the forthcoming 15th and JFK documentary, it’ll surely be kept alive for future generations of skaters as well.

A post shared by A LOVE Park Documentary (@15th_and_jfk)