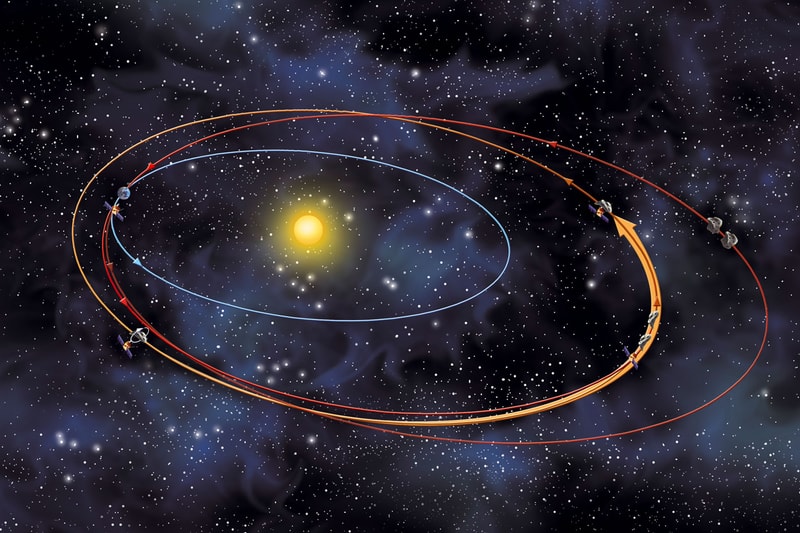 The largest asteroid predicted to pass by Earth this year will fly by the planet on March 21.

NASA‘s Jet Propulsion Laboratory announced on Thursday that the massive space object called 2001 FO32 will make its closes approach to Earth at a distance of about 1.25 million miles (2 million miles), roughly over five time the distance between the Earth and the moon.

Paul Chodas, director of the Center for Near Earth Object Studies, says the asteroid’s path has been tracked accurately for 20 years and will remain far away from Earth for now. “There is no chance the asteroid will get any closer to Earth than 1.25 million miles,” he said.

On March 21, an asteroid named 2011 FO32 will safely pass by Earth, with its closest approach being a distance of about 1.23 million miles. There is no threat of a collision with our planet now or for centuries to come.

The giant asteroid, which is estimated to be between 1,300 to 2,230 feet (440 to 680 meters) wide, has been designated a “potentially hazardous asteroid” because of the close astronomical distance it will pass by the Earth. Astronomers will take this opportunity to study the asteroid’s composition more closely.

After this month’s close encounter, 2001 FO32 will not come close to Earth again until 2052. Chodas says that the asteroid will be brightest when it moves through the southern skies. “Amateur astronomers in the southern hemisphere and at low northern latitudes should be able to see this asteroid using moderate size telescopes with apertures of at least eight inches in the nights leading up to closest approach.”

Apophis, another major asteroid named after the Egyptian deity of chaos, flew safely past Earth only just last week.