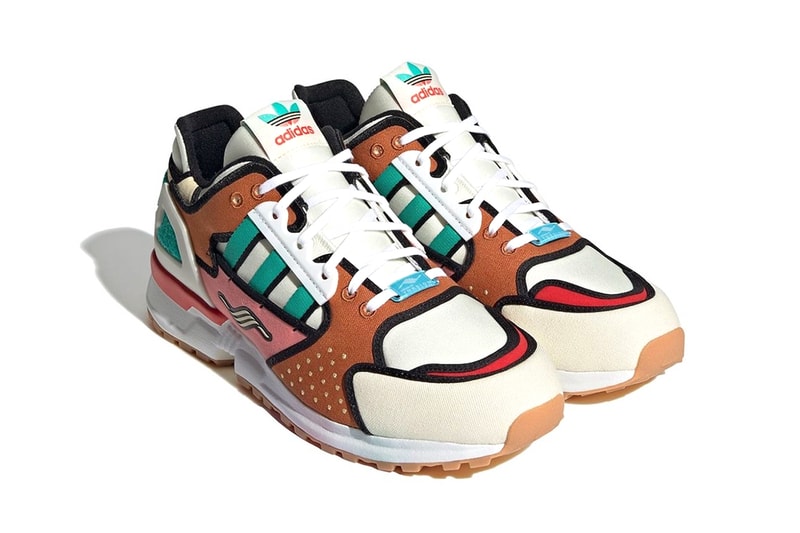 adidas has yet to take a breather from dishing out shoe collaborations in the new year as they’ve unveiled projects with AriZona Iced Tea, Blondey, Eric Emanuel and more, and now the German sportswear juggernaut is linking up with one of the most iconic cartoon franchises known to mankind: The Simpsons. On the Three Stripes agenda, it has a forthcoming ZX 10000 collaboration inspired by the Krusty Burger on the way.

Design-wise, there’s a boisterous, multi-colored mix of hues present here, all of which are emblematic of the fictional Springfield-based fast-food restaurant. Dark brown overlays are paired with beige, sesame seed-inspired notes on the forefoot mirror that of a delectable burger bun, and arrive outlined in black to channel somewhat of a Joshua Vides-esque aesthetic. Additionally, pops of teal tumble onto the stripes and chenille-textured heels as if ripped straight from Krusty the Clown’s hair, while accompanying accents of pink, red and and a vanilla-like tone accent via the surrounding panels to translate the rest of his outfit and nose.

Branded hits are split between Torsion and Trefoil insignias, the former of which stand out on the blue lace dubraes and in medium-sized fashion on the mid-foot, while the latter lands on the tongues and heels. Moving southbound, the midsoles are left with a colorless skin, and come coupled with gum treading.

It’s quite possible that this collaboration will either be a component of the Three Stripes’ A-ZX series as well as part of a larger collection moving forward, but this has yet to be confirmed.

For more sneaker news, the adidas Originals Racing 1 “Gold/Cobalt” has been revealed.