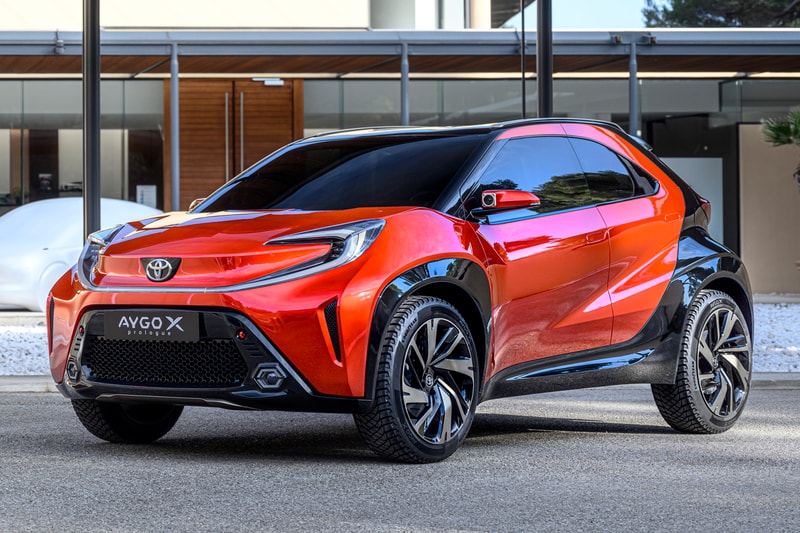 The Toyota Aygo first hit European roads back in 2005 and ever since the model has made very little in the way of headlines — it is, after all, Toyota’s most entry-level city car. However, the Japanese marque is looking to shake things up with its new Aygo X Prologue, presenting a tiny city car that channels crossover SUV vibes and contemporary concept style cues throughout its new design.

With the plan to make a bolder and stronger design language for the Aygo, Toyota’s team has livened up the faithful supermini with a much more impactful presence. First and foremost, the Aygo X Prologue looks like a rather achievable concept that could be translated into real-life scenarios, and its design would be welcomed in the ever-growing world of multipurpose cars.

The new look is still quintessentially Aygo, however with beefed-up rims and a higher ride height drivers will feel as if they’re riding in an SUV. A wedged roofline creates a crossover aesthetic that gives the Aygo X Prologue a sporty and dynamic feel, while placing the grille and fog lights lower down on the body makes the car feel hunkered down even though it’s taller than ever before.

For Toyota, the new study is a way of showing how entry-level cars can still deliver a unique design and plenty of fun. While there is no release information or even details on engines — however, being Toyota you can expect a hybrid — we wouldn’t be surprised if we saw a production version of the Aygo X Prologue sometime soon.

Take a closer look at the Toyota Aygo X Prologue above, and stay tuned to HYPEBEAST and HYPEBEAST Car Club’s Instagram account for more information as news unfolds.

For more new crossovers, check out the Kia EV6.