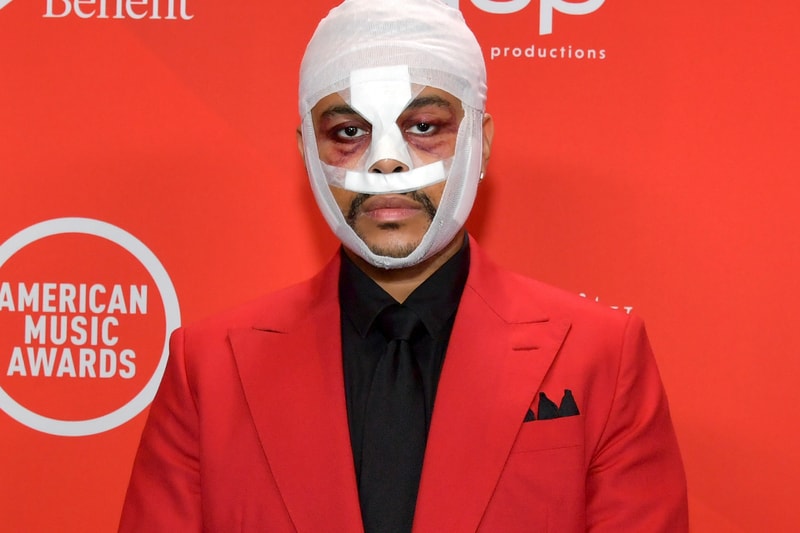 The Weeknd has finally revealed the real significance behind his fully bandaged face. As he is slated to perform this Sunday as Super Bowl LV‘s Halftime show and many have asked the question of whether or not his fully-bandaged face will make an appearance.

“The significance of the entire head bandages is reflecting on the absurd culture of Hollywood celebrity and people manipulating themselves for superficial reasons to please and be validated,” he said in a recent interview with Variety. The Weeknd continued to explain that the increasingly bandaged-look fits into his character’s storyline as he pushes on to “heightened levels of danger and absurdity as his tale goes on.” He commented on the idea “that being attractive isn’t important to me but a compelling narrative is,” fortifying that the series of events was in fact, intentional.

The XO Records head’s visual performance of his smash album After Hours rose to fame with the single, “Blinding Lights”. The artist is seen dressed in a vividly red jacket, with a busted nose after a bad night out. As a continuation of the same character, The Weeknd’s following performances in his videos, on TV and award shows present a more battered version of himself with each appearance.

His American Music Awards performance later made headlines when he came out with his face completely wrapped in bandages. The image resembled that of someone who had just had plastic surgery. The Weeknd’s “Save Your Tears” video left little to the imagination depicting that. Being that he has maintained the trend of covering himself in more and more bandages with each visible appearance, fans have speculated the symbolic meaning of the look.

Since the release of his album last November, he has switched into and out of the character, blurring the lines between the real artist and the fictional persona.

As for whether or not The Weeknd is still in character, he leaves fans guessing with the response: “I don’t know. I’d have to ask him.”

In case you missed it, CW renews 12 series including Batwoman, The Flash and Legends of Tomorrow.