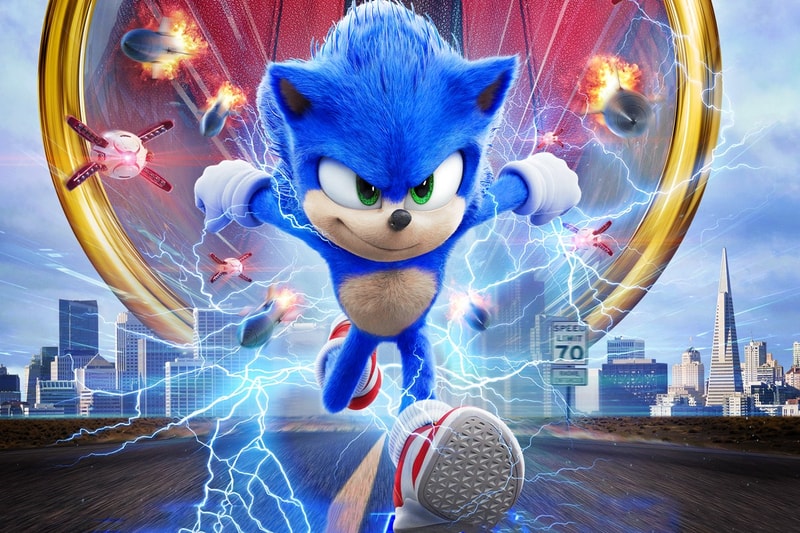 Welcome back to our monthly must-see movies and TV shows series, where we list the both the hyped and the under-the-radar films coming out each month. Although February celebrations often revolve around Valentine’s Day, there are not many romantic movies releasing on the 14th for 2020. Unless the charm of Sonic the Hedgehog or cartel drug wars from the ’80s fall under your definition of romance.

Over on the television side, a Mark Wahlberg-produced docuseries about how a single person scammed theMcDonald‘s Monopoly game from the 1990s for millions of dollars is hitting HBO. Over on Netflix is the debut of Locke & Key, an adaptation of the incredible graphic novel that has been in production hell for nearly a decade.

Check out the list below, ranging from some of the must-see releases to the more under-the-radar films and TV shows to look forward to in February.

Why it’s worth your time:  Margot Robbie has done almost as much for Harley Quinn as Paul Dini, who originally created the character for Batman: The Animated Series. Thanks to Robbie, the character has been elevated to the level of The Joker for a mainstream audience — not just fans of the character. And now it appears Quinn’s association will elevate a handful of other female DC characters to wider fame thanks to this Suicide Squad-styled adventure. Even if the flick doesn’t look to be your cup of tea, it’s sure to leave a mark in the scope of comic book adaptations for being the first to feature such a women-led ensemble.

The Lodge‘s trailer begins in an isolated snow setting similar to Stanley Kubrick’s The Shining and introduces us to a man named Richard, his new girlfriend Grace, and his two kids. The family makes their way to a remote cabin for the winter when suddenly Richard is forced to leave his family for business. Now a blizzard is coming down on the family, as they soon discover they are also trapped in the house with a woman they don’t know who isn’t all that she seems.

Why it’s worth your time: Although the first couple months of the year often catch flack for being a dumping ground for bad flicks, The Lodge just may prove to be the exception. Already touting a 79% rating on Rotten Tomatoes at the time of publication, the film is receiving praise for its dark atmosphere and performances, especially Riley Keough’s portrayal of an unhinged woman grappling with trauma.

Sonic tries to navigate the complexities of life on Earth with his newfound best friend — a human named Tom Wachowski. They must soon join forces to prevent the evil Dr. Robotnik from capturing Sonic and using his powers for world domination.

Why it’s worth your time: The trailer first went viral for its horrible live-action design of the Blue Blur. Then the VFX crew (who also were hired for last year’s Cats) had to redesign the film top to bottom following the its delay. Now Sonic has a baby form that rivals Baby Yoda, an afro look and a new music video. Although half the VFX team has been shut down due to the initial failings of both Sonic and Cats (which also had visual touch-ups while in-theaters), we do feel compelled to support the effort made here to improve the beloved character’s look.

Helmed by writer-director Leigh Whannell (Upgrade), the film will focus on Cecilia (Elisabeth Moss) as she escapes her abusive boyfriend (Oliver Jackson-Cohen) one night in an attempt to disappear and begin a new life. Cecilia later finds out her ex has killed himself, but steadily begins to suspect he may not be dead at all.

Why it’s worth your time: This movie is the product of the failure of Universal Picture’s “Dark Universe,” as The Invisible Man was slated to take place in the same universe as 2017’s The Mummy. However, this adaptation’s synopsis of a woman stalked by an invisible person who may or may not be unhinged works for us better than another shoed-in cinematic universe.

Led by Executive Producer Mark Wahlberg, McMillions is a six-part documentary series that will chronicle the true story of the mystery mastermind who stole $24 million dollars the McDonald’s Monopoly game of the 1990s — and the FBI agents who try to catch him.

Why it’s worth your time: If you lived during the time Mickey D’s was running this promo, you more than likely remember the pop culture sensation it became. The fact that it is now coming out someone rigged the entire event is mindboggling in of itself, but even more so that people bought into the game pieces he was selling for profit. The series also touches on how many lives were wrecked in the process. It’s stranger than fiction, which makes it the perfect docuseries to binge.

This series focuses on the titular Locke family following the murder of their father. The mother and her children move into the family estate, known as the “Keyhouse” to the residents in town. When they arrive, the children find magical keys throughout the grounds that hold the ability to unlock special powers — and an evil being.

Why it’s worth your time: An adaptation of the acclaimed graphic novel from Joe Hill, this series has been trying to get off the ground for nearly a decade despite its rich source material. Fans couldn’t be happier that it’s finally arriving on the small screen in the hands of Netflix, which can give the fantasy lore the appropriate budget it needs for a quality adaptation. We hope what makes the graphic novels special translates well on-screen and becomes a flagship show for the platform similar to The Witcher or Stranger Things.

After Guadalajara cartel boss Félix Gallardo (Diego Luna) took on the DEA and undercover agent Enrique “Kiki” Camarena (Michael Peña), we see that no one is untouchable, not even Félix himself. Now Gallardo must avoid the U.S. government and the consequences of his actions against the DEA while facing possible betrayal from within his organization.

Why it’s worth your time: Narcos is one of the best Netflix Originals out there and the first season of Narcos: Mexico follows suit, so we’re expecting the second season to be of the same quality. The series is also beginning to align with the real-life downfall fo the Guadalajara cartel, and the inner crumbling of a drug empire is bound to be all sorts of entertaining.

Centered around the true events of a group of Nazi hunters in 1970s New York, this series stars Al Pacino as Meyer Offerman, the leader of the Nazi-hunting pack. Logan Lerman also stars as another hunter who finds himself under Pacino’s wing in order to learn the ways of the vigilante group.

Why it’s worth your time:  Hunters is executive produced by Jordan Peele and created by David Weil (Moonfall), so we can expect a lot of genre-bending social commentary from this series. And based on the trailer, fans can also expect no shortage of action and bloodshed throughout the season’s 10 episodes.

The final 12 episodes will further detail the events leading up to the happenings at the center of Star Wars: Episode III – Revenge of the Sith. Dave Filoni helms the series, as both the writer and director of the final four episodes.

Why it’s worth your time: If The Rise of Skywalker has taught us anything, showrunner Dave Filoni (who also directed several Mandolorian episodes) is the only person at Lucasfilms that cares about the franchise’s extended universe. He alone has been spearheading the best stuff to come out of Star Wars under the Disney with his stories about Darth Maul, Asoka Tano and Kanon the Last Jedi, just to name a few. But now he will put a bow on a series he started (although a majority of the remaining events have already been touched on in other forms of media.) We also expect it will have significant ties to the upcoming season of The Mandalorian.

Season two of this sci-fi drama finds Takeshi Kovacs (Anthony Mackie), the lone surviving soldier of a group of elite interstellar warriors, continuing his centuries-old quest to find his lost love Quellcrist Falconer (Renée Elise Goldsberry). After decades of planet-hopping and searching the galaxy, Kovacs finds himself recruited back to his home planet of Harlan’s World with the promise of finding Quell.

Why it’s worth your time: Altered Carbon was a sleeper hit for Netflix, despite all the resources poured into this grand sci-fi series. And now in its second season, we will take on an entirely new actor in Anthony Mackie, who will be playing the same character from the first season. It’s an interesting mix-up given the finale and one that’ll surely keep the series fresh as it delivers heavy cyberpunk aesthetics and Blade Runner pulp.