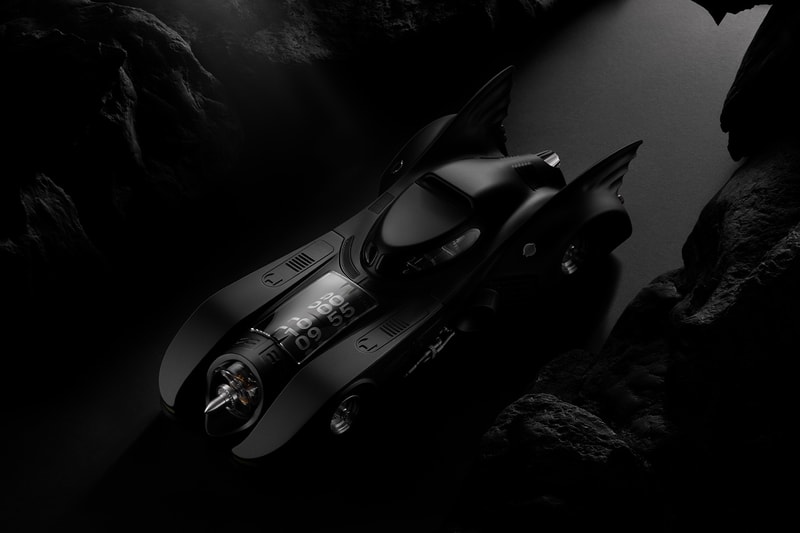 Independent design studio Kross Studio has unveiled its state-of-the-art Batman collectible as a part of its upcoming collaboration alongside Warner Bros.

Dedicated to inspiring the Batman universe, this first joint release pays tribute to one of the most iconic cars in comic book history: The Batmobile. Choosing the sleek model from the 1989 Batman movie directed by Tim Burton, Kross Studio has crafted a first-of-its-kind desk clock.

Limited to only 100 pieces, the pair has managed to develop a state-of- the-art tailor-made clock movement, while respecting the exact shape of the 1989 Batmobile. The clock is made up of 512 components — 115 for the bodywork and 397 for the movement — compared to a traditional mechanical movement that usually bears around 130 parts.

The bodywork is made up of black aluminium composite, with aeronautical grade scratch protection coating and magnificently shapes the 1989 Batmobile, reproducing the same curves and proportions. Hours and minutes are displayed horizontally by two cylinders, while a vertical regulator is highlighted through the turbine at the front of the car. Kross Studio has also equipped the Batmobile with its own powerful engine: an in-house mechanical manual-winding movement with a power reserve of up to 30 days.

This exclusive collectible is produced in a limited edition of 100 numbered pieces and is available now from the Kross Studio webstore for $29,900 USD.

In other news, NASA has identified 300 million potentially habitable planets.