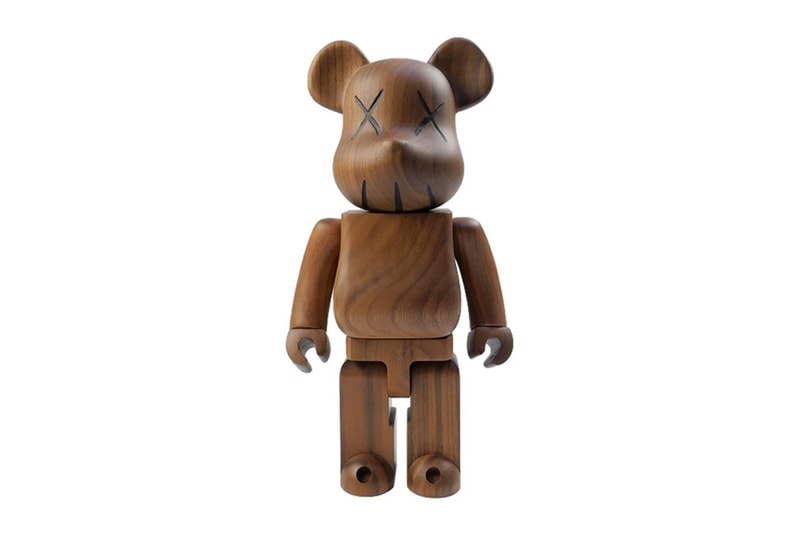 Medicom Toy‘s signature BE@RBRICK is a prolific signature figure that takes on brand new collaborations every year, but it’s not too often where you come across one of its vintage offerings. This woodgrain collaboration with KAWS that originally launched in 2005 has now resurfaced, and it’s currently on the market for a whopping $24K USD.

Certainly one of the more rare iterations to ever release, the 400% sized figure come crafted with Karimoku wood. It’s stained all-over with a darker finish, and features swirly tonal swirly patterns due to the nature of its material. Laid on top of this are stark black accents that are visible through the lasered engravings of KAWS’ signature “X” marks over each eye, as well as atop the each of the bear’s hands. From the back perspective, further complements of black are present through co-branded notations that sandwich Japanese characters in between them.

This is being sold on the pre-owned secondary market, so it’s important to call out that the seller has written in the product description that it does have a thin thread mark on the head and tiny small scratch/dirt marks on the box.

If interested in picking up this extra-valuable collector’s piece, you can peep it via Rakuten right now.