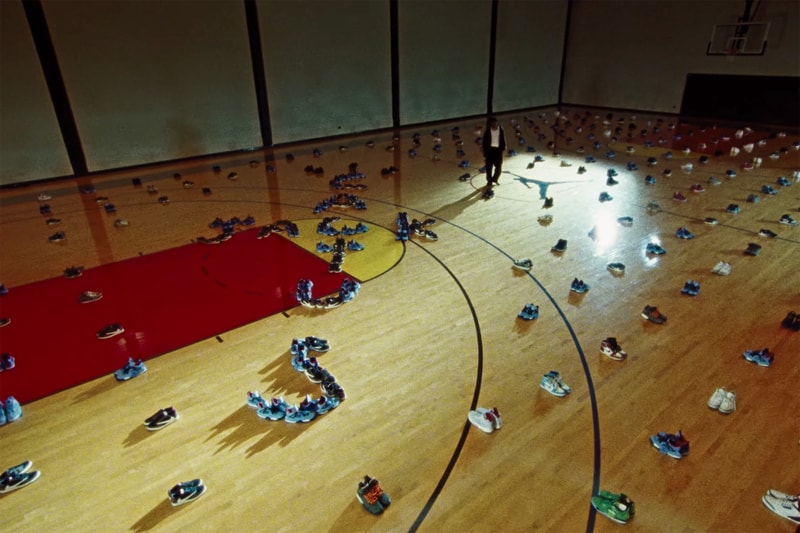 Travis Scott returned with his latest single and visual “FRANCHISE”, a high-profile collaboration that featured M.I.A. and Young Thug with production by Chase B and Teddy Walton. First previewed under the name “White Tee” in an homage to Atlanta hip-hop group Dem Franchize Boys on .WAV RADIO‘s 10th installment, the track resurfaced with an overall theme inspired by Michael Jordan and his recent Netflix documentary The Last Dance. It’s fitting then that the actual music video, directed by Travis and shot by White Trash Tyler and Jordan Hemingway, would use Michael Jordan’s Chicago estate as the locale.

Back in May the mansion, located at 2700 Point Lane in Highland Park, Illinois, was listed for $14.9M USD and remains on the market. You can actually find the 56,000-square-foot home listed on Zillow of all places with detailed imagery of the personalized touches like a regulation size Jordan Brand themed basketball court, a workout facility, cigar room and putting green. So where exactly did Travis film throughout the property? See below:

The Entrance to 2700 Point Lane The ’23’ gates are perhaps the most iconic part of Michael Jordan’s former home during his stay with the Chicago Bulls. In the opening scene, Travis and the Cactus Jack crew use actual footage from The Last Dance of Michael exiting his estate in a Range Rover en route to a home game. Here, they update the front of the house with additional Cactus Jack lighting on the sides. The long, winding tree-lined driveway leads to the mansion for some additional privacy. Travis also enlisted an entire team of synchronized swimmers to perform in the infinity pool, which also features a grass island in the center. Given Michael Jordan’s affinity for golf and gambling, Travis and Young Thug also traded swings near the custom putting green with an unfortunate shot landing in the man-built pond on the outskirts of the property. Michael Jordan’s regulation sized full-length basketball court set the gold standard for other professional players to include a bonafide workout facility in their homes. Drake even followed suit in his own Toronto estate. The home court features the Jumpman logo in the center, of course. The names of Michael’s children Marcus, Jeffrey and Jasmine appear at half-court as well with one new addition – Travis’ legal name Jacques was written for the visual. The prime shot was Travis laying out all of his Cactus Jack x Air Jordan collaborations on the floor and spelling out his label’s name on the hardwood. Michael’s affinity for golf, cigars and gambling have been such a big part of his personal mythos that they’ve inspired new colorways of his footwear and apparel. It’s only right that Travis tapped Young Thug in that wing of the house. In this part of the visual, Travis gets frustrated for losing a hand of poker while Thugger enjoys some sushi. M.I.A. couldn’t meet everyone stateside for the filming of the music video so she instead was filmed in England with scenes produced by Ella Girardot for Academy Films.

Watch Travis Scott’s new “FRANCHISE” music video and see which rooms he filmed in through an extended tour below. In more music updates, The Weeknd’s “King Of The Fall” returned to music streaming services.