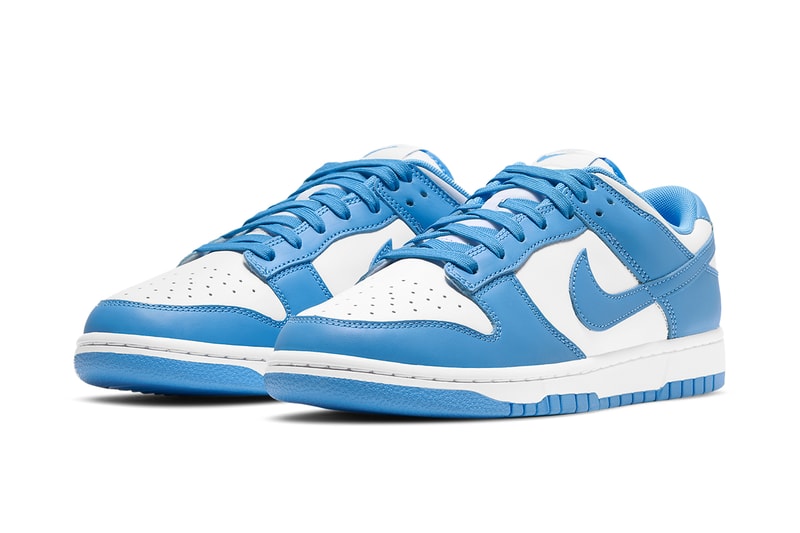 Nike and its output of Dunk colorways has been well-received by its audience as each release continues to sell out in a matter of seconds. This year, the plan is to continue to build upon the classic hoops-turned-lifestyle silhouette’s impetus by churning out more renditions, one being the Nike Dunk Low “University Blue”.

Keeping the “Be True To Your School” revivals pumping, the Nike Sportswear division nods here to the University of North Carolina — the very college institution that Michael Jordan attended and played during his NCAA career. The pair’s titular tone is called upon to baptize the overlays and Swooshes, while crisp white finishes smother the toe boxes, quarters, tongues and ankle collars. Additionally, the Tar Heel blue accents are also dropped onto the tongues and heel branding which provides a distinct difference to the women’s Nike Dunk Low “Coast” that hit the market earlier in the year. The lower sections of this colorway keep the same two-toned energy by showing off a colorless midsole that’s married up with more “University Blue” treading.

Early reports have these set in place for a May 20 launch date, but Nike SNKRS still has yet to confirm this. Retail price will be the usual $100 USD.