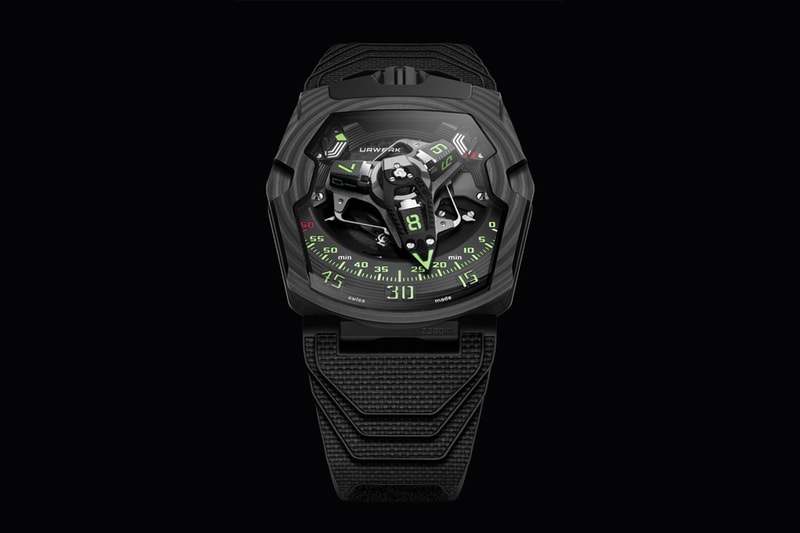 Four months after URWERK bid farewell to its iconic UR-210 series with a “Last Edition,” the Swiss horology expert has now unveiled its successor: the UR-220, dubbed the “Falcon Project.”

An evolution of the UR-210, the new model elevates the design of its predecessor to even higher levels. To begin with, the Falcon Project has brought back the brand’s iconic Oil Change indicator on its caseback, an instrument long featured in its UR-110 models but has since been absent for numerous years. Aside from reviving old classics, however, the brand lives up to its reputation of constant innovation by tapping into the use of carbon for the very first time, creating what it calls a “featherweight case” composed of 81 ultra-thin layers of high-resistance CTP carbon, all compressed together to create an extremely hard and durable resin.

As for the complexity of the dial itself, the UR-220 adopts the same patented satellite indication used for the UR-210, where wandering hours are shown on three different rotating cubes, working in tandem with lightweight minutes pointers to minimize inertia of the retrograde minutes. The power reserve is then displayed via two up/down gauges consisting of 83 parts in itself, with each gauge indicating 24 hours. Completing the technical timepiece are exceptional details such as the “radioactive green” lume, the specially-designed font inspired by the graphics from sci-fi video games, and the company’s first-ever rubber strap, intricately textured through the patented Vulcarboné process.