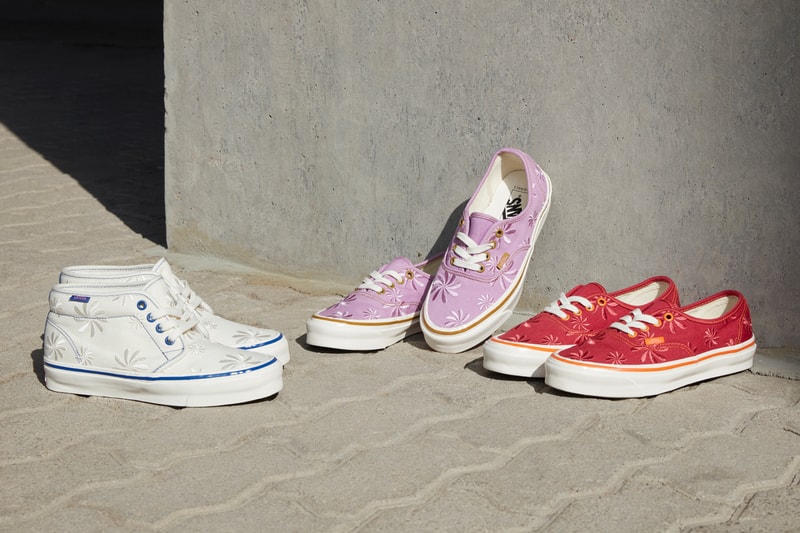 With the end of February in sight and spring around the corner, much of the world is looking forward to the vernal season’s warm embrace. Vault by Vans is among those numbers, and to celebrate the impending change of seasons, it’s prepped an “OG Pack” of new takes on the Authentic and Chukka — all of which boast floral embroidery.

The offerings are kicked off by a duo of Authentics: a faded purple shade Vans calls “Smokey Grape” that’s trimmed with golden “Dried Tobacco” accents and a bright red “Cardinal” with lively orange “Persimmon” embellishments. On the other end, the Chukka Boot is the calmest of the bunch with its “Marshmallow” base colorway. However, it’s not without its pops of vibrance thanks to sporty blue accents. All three pairs place their contrasting colors on foxing stripes, heel strips and eyestays, and boast a simple-yet-effective embroidered floral pattern centered around daisy-like flowers. White midsoles and classic waffle outsoles finalize the trifecta of looks.

Expect the Vault by Vans “OG Pack” to release at select Vault by Vans accounts like HBX on March 1. MSRPs have yet to be announced.

For more footwear news, see what’s up with the second drop of Salehe Bembury and ANTA’s SB-01 and SB-02.