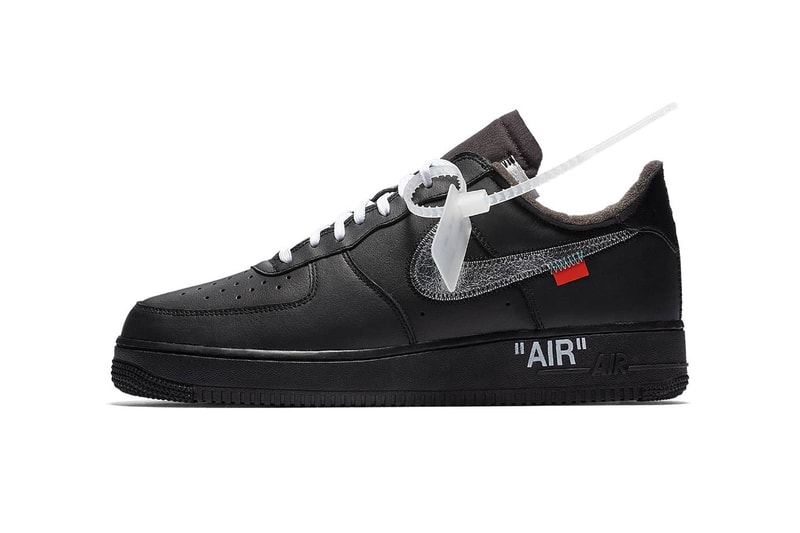 Virgil Abloh and Nike’s “The Ten” was surely one of the most standout collaborations of 2017. The project highlighted old and new Swoosh silhouettes such as the Air Max 90 and Air VaporMax alongside Nike-owned labels Converse and Jordan Brand. After launching one-off sequels in the Rubber Dunk, Air Jordan 5 laden with holes and many more.

Abloh recently took to Instagram to tease a new Off-White™ x Nike Air Force 1 MoMA option captioned with the text “Savage Mode.” Further details surrounding the shoe such as official release and pricing details have not been announced.

As far as the visual is concerned, the designer shared a photo of the predominantly black low-top with Swooshes embellished on the profiles in silver foil with orange accents and tonal black stitching outlining its shape. White laces match the “AIR” text on the black midsoles alongside nearly-transparent zip-toes to boot.

Check out the shoe above and then stay tuned for more details. Elsewhere in footwear, A-COLD-WALL* and Converse reveal the official release date for the all-black Chuck Taylor Lugged “Carbon.”