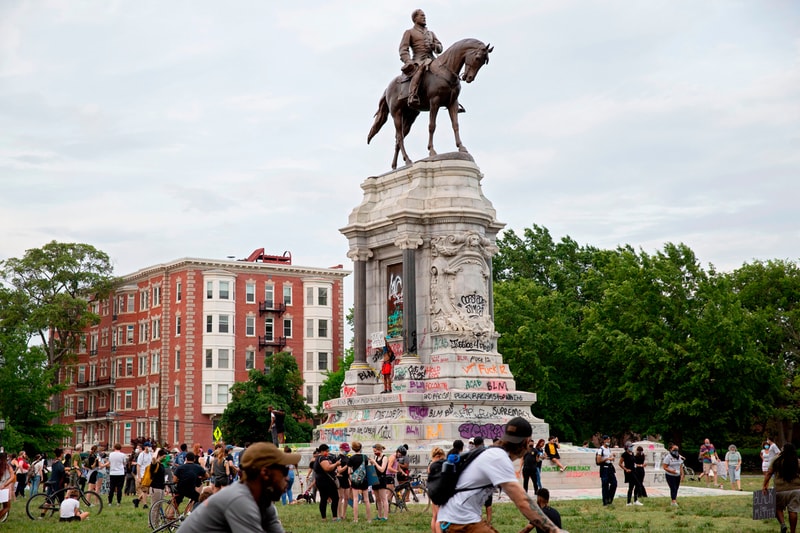 On June 4, Virginia Governor Ralph Northam announced plans to remove the statue of 130-year-old statue of Robert E. Lee — the general of the Confederate Army during the American Civil War. Northam’s decision to remove the controversial landmark comes amid the recent Black Lives Matter protests that have taken place nationwide in the wake of the murder of George Floyd. This past weekend, a large crowd vandalized and attempted to topple the Lee statue by force. An image of Floyd with the words “NO JUSTICE NO PEACE” was also projected onto it.

Today, we’re here to be honest about our past and talk about our future.

I strongly believe that we have to confront where we’ve been in order to shape where we’re going.

Richmond’s mayor Levar Stoney also announced plans to remove all Confederate statues along Monument Avenue on July 1 when a new measure will take effect, granting Virginia’s cities and counties permission to alter or take down their own Confederate monuments. The state itself has more Confederate monuments than any other with the city of Richmond, which was the capital of the former Confederacy, being home to prominent statues of Confederate leaders including Lee, J. E. B. Stuart, Jefferson Davis, and Thomas “Stonewall” Jackson that are all erected on Monument Avenue. Across the United States, however, there are a total of 770 Confederate still standing with approximately 1,800 Confederate symbols or names are emblazoned on public spaces such as government buildings, schools and parks, as per Lecia Brooks, spokesperson for the Southern Poverty Law Center.

“Richmond is no longer the capital of the Confederacy—it is filled with diversity and love for all—and we need to demonstrate that,” Stoney said in a statement.

For years, civil rights activists have demanded that Confederate monuments be taken down. The statues are seen as symbols of racism that not only pay tribute to former slave-holders, but also reflect a system of racial inequality. Those who don’t want the statues to be removed argue that they represent American values and Confederate history. “That statue [Robert E. Lee] is also a symbol of hate and oppression in a bygone era that characterizes black people in Virginia as less than and sought to dehumanize us and institutionalize us as beneath white people.” said lawmaker Del. Jay Jones in a tweet.

In the days since Floyd was killed in police custody, artists have taken to social media to share original artworks, created in both physical and digital mediums, to honor Floyd’s memory, Ahmaud Arbery’s, Breonna Taylor’s as well as those of Black victims of police violence and racism.