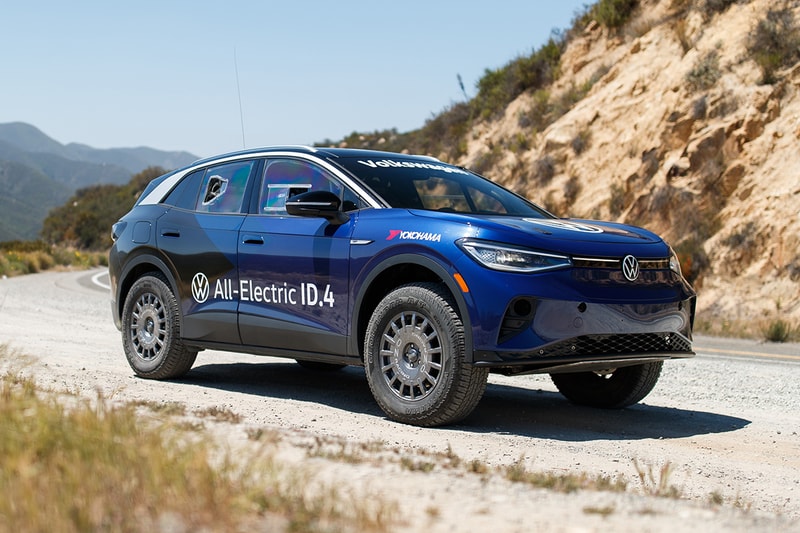 Shortly after unveiling its ID.4 electric SUV, Volkswagen is now putting the car to the test by pushing it to its absolute limit at the 2021 Mexican 1000 Rally.

Teaming up with professional driver Tanner Foust and Rhys Millen Racing, the German automaker will be putting the electric SUV through a 1,141-mile trial by fire across the Baja peninsula, and so a range of modifications had to be made to ensure optimum performance in such harsh terrain.

While the car’s 201-horsepower powertrain and battery configuration have been retained, most of its other electronics have been reinforced in order to protect it from the off-road terrain. As expected, a roll cage and racing seats have been installed, accompanied by rally-style coil-over struts, tubular lower control arms in the front, and boxed lower rear links. The undercarriage has also been improved with additional steel skid plates, and a raised radiator to provide for greater cooling capacity and more forgiving approach angles. Finally, the usual 19-inch wheels have been swapped out for 18-inch variants wrapped in 255/70 R 18 tires that can offer more sidewall for cushioning and wheel travel.

“It takes great confidence and preparation to present a stock-based vehicle to the starting line of a race like this, especially an electric one like the ID.4,” Millen remarked. “We’ve been pleasantly surprised at how well the ID.4 has taken to the terrain.”

For those interested, the Mexican 1000 Rally for 2021 is currently underway, scheduled to finish April 29.