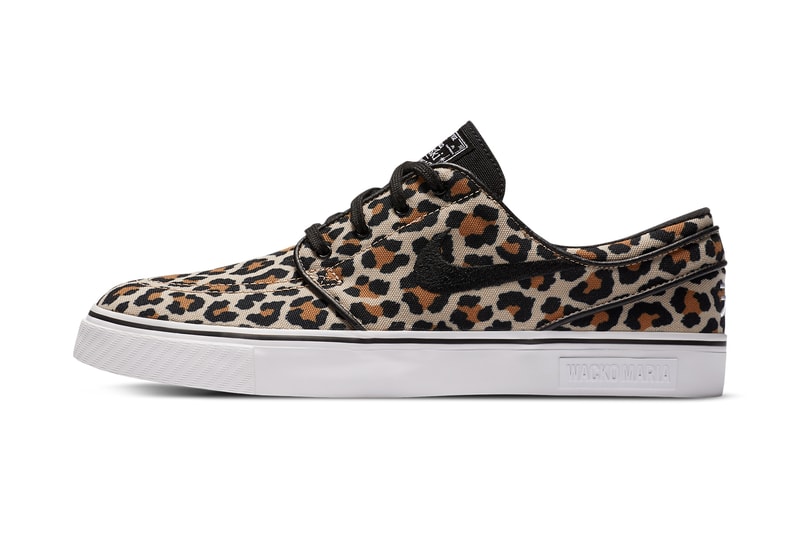 Leopard-printed uppers are build of sturdy, tightly-woven textiles and are dressed in a light tan tone. From toe to heel, this simple base is covered in brown and black leopard rosettes while black leather trim adds an air of elegance. Tongues, laces and Swooshes alike are done up in in black too, the first of which also features a large fabric Janoski tag.

There’s plenty of co-branded detailing to be had as well: each heel is embroidered with a duo of Japanese lettered graphics, and Zoom Air-equipped insoles feature WACKO MARIA’s familiar “Guilty Parties” hit. Trim white midsoles add an embossed WM graphic on the lateral rear, and traditional gum outsoles finalize the style.

The WACKO MARIA x Nike SB Janoski is set to release on Nike SNKRS come October 31. The MSRP is set at $95 USD.