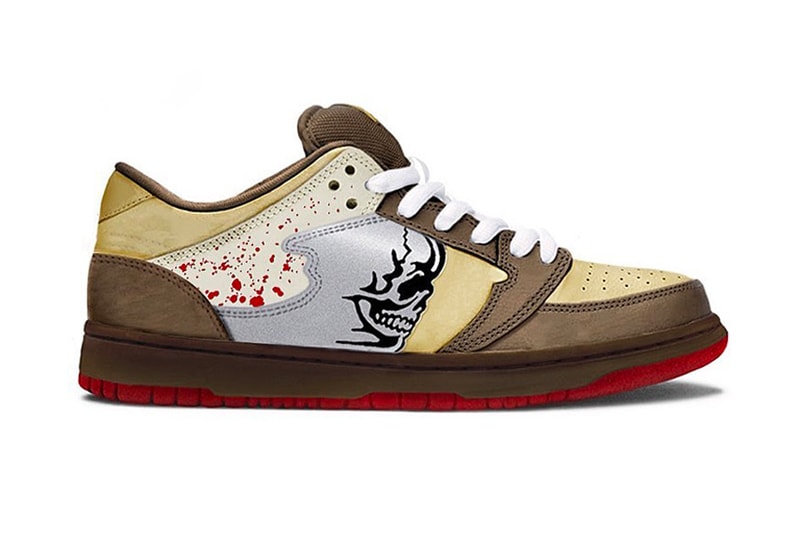 Taking to Instagram, Lotas revealed his Reaper sneaker in its inaugural “Chainsaw” colorway. In the accompanying caption, the designer notes that the colorway “will only be offered as a replacement to customers who ordered either the ‘Chanclas’ or ‘Pigeons’ and will NEVER be released publicly.” Going on to note that he and his team looked to reach an early resolution with Nike but after complying with all requests he believes the sportswear giant is looking to “intimidate other small businesses from exercising their creative freedom in the future.”

Despite still resembling the Nike silhouette involved in the lawsuit, Warren Lotas is adamant that the Reaper sneaker is “a silhouette that was built from the ground up.” Apparently, Lotas was planning to release the sneaker come Black Friday but the legal battle with Nike forced him to push the release sooner. Customers can choose to receive a refund or wait for the Reaper “Chainsaw” which will come with a commemorative lawsuit shirt, pencil and bumper sticker.

Check out Warren Lotas’ post regarding the Reaper “Chainsaw” and Nike lawsuit below.

The WL “Reaper” – I’d like to thank this situation for leading us into the next generation of WL – The “Chainsaw” colorway will only be offered as a replacement to customers who ordered either the Chanclas or Pigeons and will NEVER be released publicly. If you don’t accept the substitution, we will refund your order. We tried to reach an early resolution with Nike and basically complied with everything they wanted, but we believe they are making unnecessary demands in order to intimidate other small businesses from exercising their creative freedom in the future. Look at it closely. Regardless of our actions, we believe NIKE’s claims, such as supposedly owning color combinations and functional, run-of-the-mill design elements, hurt everyone if we don’t push back. We believe they are using this lawsuit to suffocate small brands, customizers, and artists, not just WL. Even if you hate us, you need to understand the precedent this will set for creating as the little guy.

The WL Reaper “Clean Slate” – Due to the overwhelming support and positivity on my last post, I want to give everybody a small peek into the future of WL footwear