Even by its name, a dinner jacket seems associated with stuffy evening events and formal obligations, less about enjoyment and more pomp and circumstance. As such, you could be excused in thinking it’s not particularly a fashion piece; rather, it’s one of those garments, like a tuxedo, you hold onto for the right occasions. In certain instances, the dinner jacket falls right in line with these limitations: Worn with contrasting trousers, it’s an alternative to the tuxedo for black tie dress. Yet, history shows it originated as a less-formal dress jacket – a leisure piece, properly, for social gatherings out in the English countryside. With designers revisiting and reworking this seemingly stodgy staple for the AW17 season, the formal element hasn’t disappeared, but its background holds a stronger place. 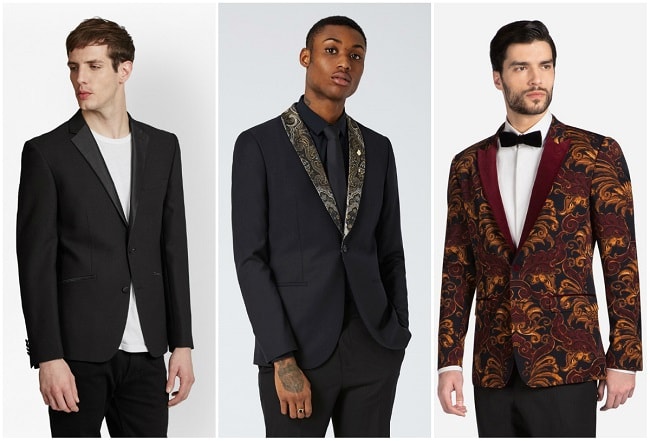 First, though, what’s a dinner jacket, and how does it differ from a blazer, sports coat, or tuxedo? At some point in the mid-19th century, when the middle and upper classes started having more leisure time, it emerged as a less-formal alternative to the tailcoat for various social gatherings away from the city and informal dinner parties. By the 1850s, tailors’ designs reflected a shorter, more relaxed silhouette that still used more high-end materials, and perhaps the best-known instance of this trend, Henry Poole & Co.’s smoking jacket created specifically for the Prince of Wales illustrated this leisurely-but-luxurious concept. 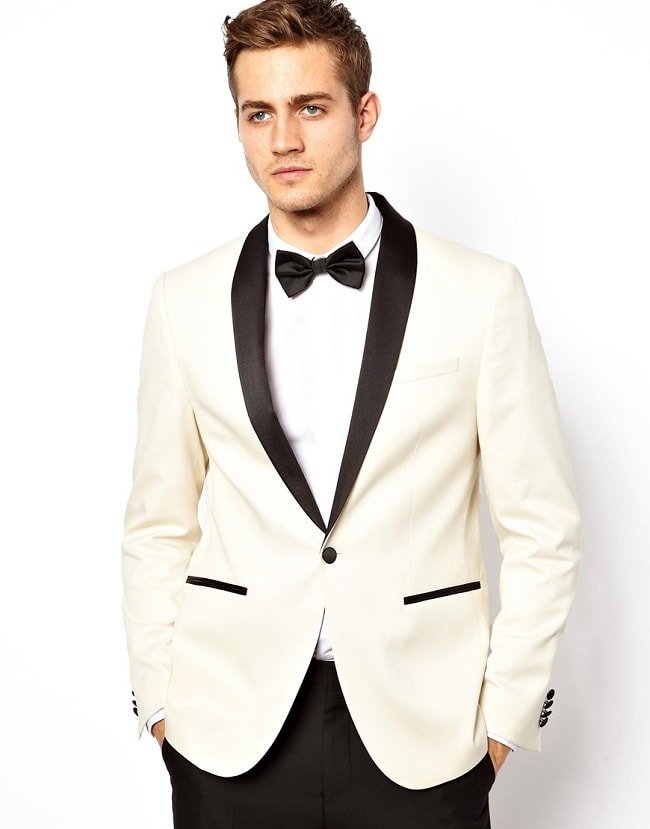 The style eventually traveled across the Atlantic, where, in the greater New York City area, the Tuxedo Park Club popularised it at social events in the 1880s. In response, Americans started calling it the “tuxedo jacket.” Likely as a result, the dinner jacket and tuxedo seemed interchangeable for most of their history. Meaning, however, started diverging in the U.S. around World War II. In the post-war years up through the 1970s, suiting in general took on a greater range of colours, textures, and patterns, breaking away from the standard black-tie dress code and introducing lighter-weight separates for warmer weather. As such, tuxedos implied a full suit for formal occasions, and a dinner jacket became simply a separate – albeit usually lighter in weight and a step above a blazer. 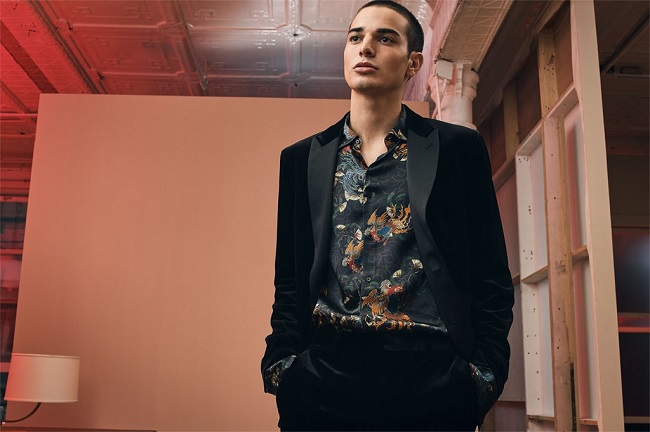 Style – Then and Now

So, design wise, what factors differentiate a dinner jacket from a blazer or ordinary suit jacket? Look to the lapels, which, with a dinner jacket, feature satin or silk facing – also trimming on the pocket – and traditionally don’t include a notch. As well, while a double-breasted suit jacket has six buttons, the dinner jacket is short of a pair. Beyond these basics, its silhouette generally incorporates no vents, has jetted pockets, and a button hole at the collar. However, starting in the 1980s, designers began disregarding tradition and blurring the boundary between these two pieces. For instance, it’s not uncommon, now, to find dinner jackets with just two or three buttons and vents for a more spacious fit. Notched lapels, too, find their way in, although the material and colour-contrasts still set the dinner jacket apart from its standard blazer counterparts. But, beyond these minor revisions, how the dinner jacket’s worn, at least in the formal sense, hasn’t greatly changed. Specifically, its post-war warm-weather implications still stand: It’s not a piece meant for layering, and as such, simply having a dress shirt and cummerbund is enough. A vest or waistcoat – perfect additions under a double-breasted suit jacket – pushes the limit and looks out of place. 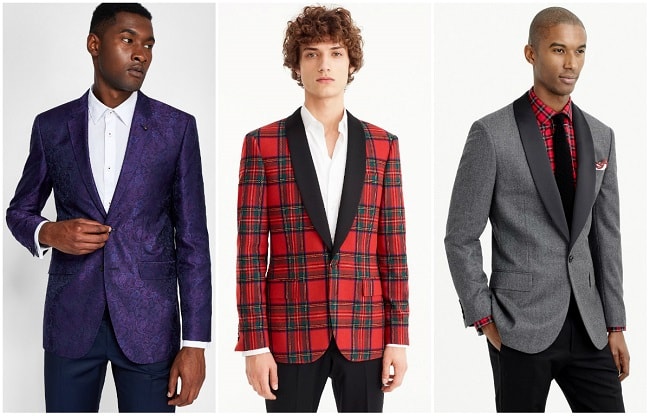 With all of these points taken into account, you might paint the dinner jacket as superfluous: Something made redundant by your tuxedo, too formal for everyday wear, and a bit dated. However, AW17 collections breathe new life into its overall concept, stretching it beyond its pigeonholed status into something that works for more than one occasion. For the simplest and most straightforward example, James Bond – in any form from Sean Connery to the more recent Daniel Craig flicks – serves as your baseline. Decades’ worth of those movies feature the secret agent sporting a white dinner jacket and black trousers – a look now dubbed “tropical black tie” – and gives you a solid baseline for contrasts. As a general rule, even with modern ensembles, your dinner jacket should always have a colour, pattern, or texture different from your trousers; otherwise, you might as well be wearing a tuxedo. 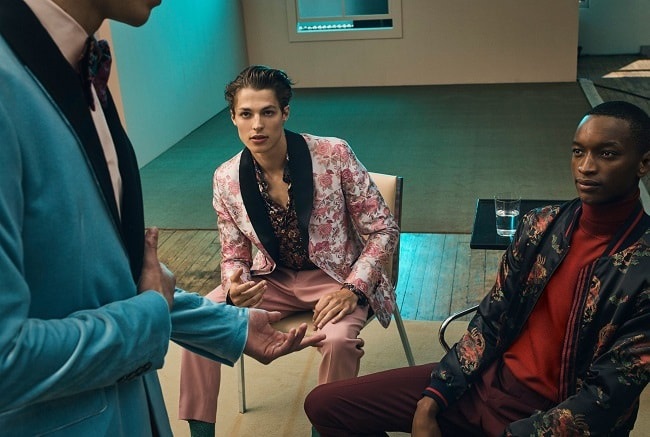 But, if Bond embodies the classic ensemble, AW17 collections from Topman and Dolce & Gabbana represent the next generation – a step more in line with the jacket’s evolution over the second half of the 20th century. Velvet, embroidery, and patterns don’t just create that required contrast, but further turn it into a statement piece – something on par with a printed bomber or blazer but with far more formal connotations. Partially emerging from this trend is the casual statement jacket. While not deconstructed on its own, the velvet or patterned exterior gets dressed down with chinos or joggers, lace-up boots, and an untucked button-down. In a sense, the ensemble overall reflects how you’d wear any patterned bomber or blazer, but the dinner jacket’s higher-end character gives it an extra edge: Sure, you’ve got the cash for something fancy, but why only save it for formal occasions? When life in general feels like a 24-7 party, you might as well dress like it is.