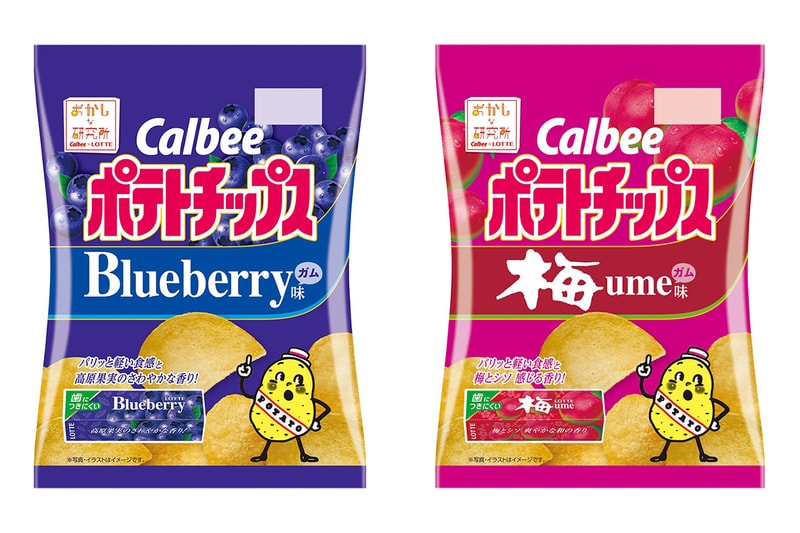 Two of Japan’s food giants Calbee and Lotte have come together for two collaborative chip flavors, combing the former’s popular potato chips with the flavors of the latter’s gum. The results are blueberry and Japanese peach (otherwise known as ume or 梅) flavors.

While this may sound like an odd combination, there’s a chance that the sweet-savory mix of a gum-flavored potato chip could work. In the past, Calbee has produced flavors using fermented beans, ehōmaki sushi rolls, and one with squid and carrots, each becoming a divisive hit.

Calbee said the idea was developed because it “wanted to create a product that would make customers excited and wonder what it would taste like.” While we don’t quite know if it’ll work, you can find out for yourself by picking up a packet of the Calbee x Lotte potato chips from Don Quijote, APiTA, and Piago stores in Japan from February 15, costing ¥120 JPY per pack (approx. $1.14 USD).

Elsewhere, INSIDE EDITION DNA has put Subway’s Tuna Sub to the test.