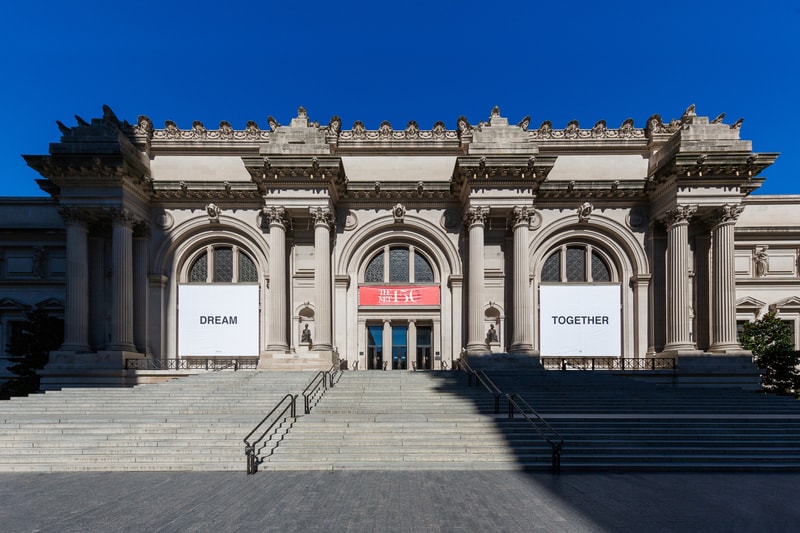 For those who have grown tired of virtual exhibitions and online viewing rooms, the return to physical museum spaces will be a reality once again. Governor Andrew M. Cuomo announced that New York City will be re-opening its museums and other cultural buildings starting August 24 after five months of COVID-19 shutdowns. The red and white “We’re Closed” signs that have been placed outside the Metropolitan Museum of Art for the last few months will be taken away. But something unexpected has cropped up.

Yoko Ono is taking charge of the museum’s facade and hanging banners with messages of hope outside of the Met. The artist created two 24-by-26-foot banners, reading “DREAM” and “TOGETHER,” during lockdown to evoke the sense of longing and desire for closeness that so many people have felt recently. Titled DREAM TOGETHER (2020), Ono’s banners will invite visitors to return to the museum once again, while offering them a slice of hope and positivity during this difficult time.

“This display is a signal of the life returning to New York City and the Met, both of which thrive on community and a sense of shared optimism for the strength of the human spirit and the power of art to bring comfort, inspire resilience, and help us understand our turbulent times,” said Met president Daniel Weiss. Met director Max Hollein said that Ono is the perfect artist for this initiative, because she is “on the one hand, very connected to New York, but also someone who is an immigrant, who has traveled the world and has a global perspective, and brings that to her work.”