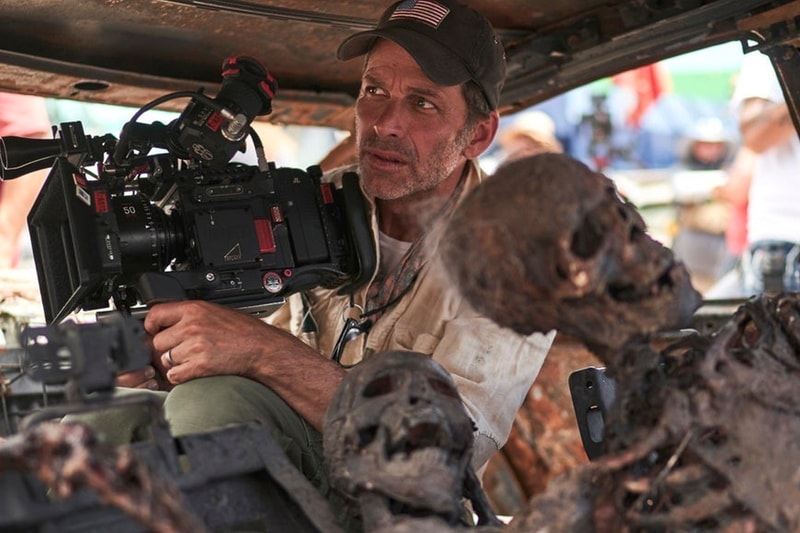 According the the writer and director of the film, Army of the Dead is not what audiences will expect. Snyder alludes to it being a cross-genre hybrid, starring an eclectic ensemble of Dave Bautista, Omari Hardwick, Tig Notaro, Ella Purnell, and Huma Qureshi. Promising a surprise, audiences can expect a straightforward, yet incredibly outrageous plot following a team of operators planning to infiltrate a zombie-infested Las Vegas, in hopes to come away with loads of casino cash.

Snyder explains, “It is a full-blown, balls-to-the-wall zombie heist movie, so it’s genre-on-genre in a great way. So you expect pure zombie mayhem, and you get that, 100 percent. But also you get these really amazing characters on a fantastic journey. It’s going to surprise people that there’s a lot of warmth and real emotion with these great characters.”

This monster genre mash-up was inspired by his 2004 remake of the classic George A. Romero, Dawn of the Dead. New first look images of the upcoming film shows the characters in the Nevada, secretive Area 51 setting, seemingly plotting their way to the zombie-infested casinos. Initially shut down by Warner Bros., Snyder recalls his successful meeting with Netflix, “I mentioned the idea to [Netflix head of original films Scott Stuber] and he was like, ‘That is the movie! Go write that movie and let’s make it.’ I was like, ‘What, do you mean now?’ And he’s like, ‘Go write it tomorrow and we’ll do shoot it in a week.'”

The excitement behind the film has garnered its four-hour animated prequel series, also funded by the streaming giant. The prequel dives into the plague’s origin story, set to feature members of the original cast.

Interested fans can take a first-look at the Army of the Dead, above.

In other Zack Snyder news, check out which new footage is in Justice League.