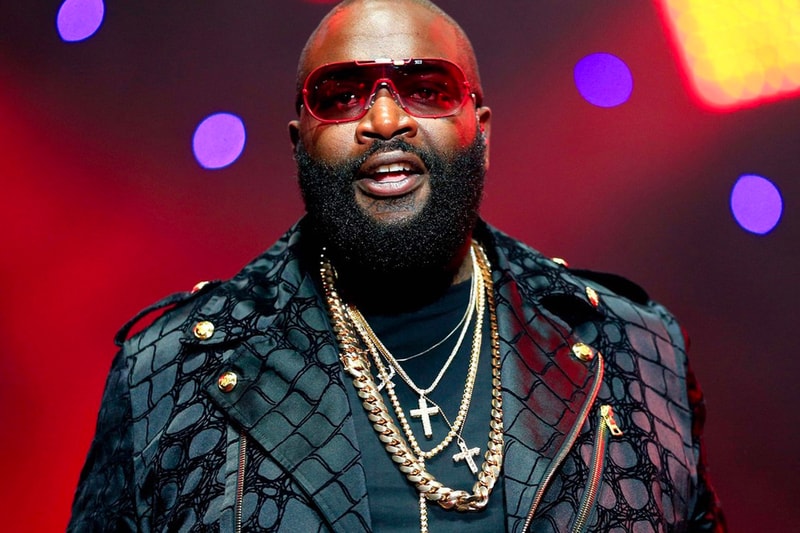 The return of Eddie Murphy as Prince Akeem Joffer in Coming 2 America sees the character living a fictional life of luxury at the Zamunda Royal Palace. However, in reality, the mega-mansion was owned by one of the music industry’s biggest rap names, Rick Ross.

Ross offered this estate to producers in a virtual tour mentioning that there is often “18-20” people who want to see the mansion and those who do, are are charged an entry free.

Rozay’s palatial abode is located in Georgia and sits on 235 acres of land. The 45,000 square-foot mansion was previously owned by boxer, Evander Holyfield, and features 12 bedrooms and a dining room fit for 100 people. Coming 2 America‘s production designer Jefferson Sage told Variety, “Our big problem was, where do we find a house that had the scale of the possibilities for a very lavish palace?” After seeing the lush royal environment or Ross’ home, they knew they found the right place.

Sage describes the mansion saying, “That entrance foyer with the big two-story interior and double-winding staircase was perfect. Off of that, there were two beautiful big rooms with giant windows and 18-foot ceilings. We used five key spaces that we turned into Zamunda.”

Ross discussed the changes they made to his house mentioning, “They changed the wallpaper in the dining room so I asked them to keep it up there. They also created that huge dining room table for a dining scene that seats 50-60 people, and they left that for me as a gift. It’s humungous.”

Many of the spaces in Ross’ home were converted for the film’s primary sets, including the King’s bedroom, dining room and barbershop.

Check out the Rick Ross estate below.

In case you missed it, Netflix reveals an official trailer for second part of hit French thriller Lupin.